What the Stars Were Gifted Pre-Golden Globes 2020 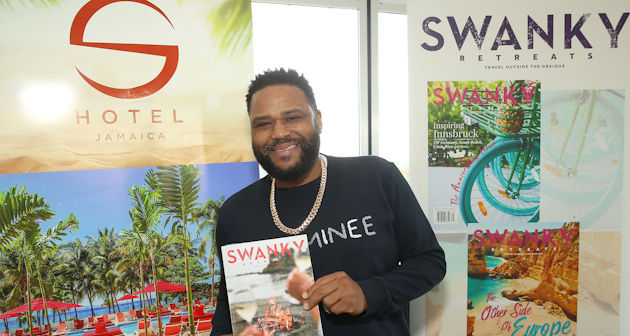 The Hollywood Foreign Press Association (HFPA) announced the winners of the 77th Annual Golden Globe Awards on January 5. Ricky Gervais hosted the high-profile ceremony that aired live on NBC from The Beverly Hilton. Tom Hanks was honored with the 2020 Cecil B. deMille Award, and Ellen DeGeneres received the Carol Burnett Award. The World War I film “1917” and Quentin Tarantino’s “Once Upon a Time … in Hollywood” were the big winners of the night. Phoebe Waller-Bridge’s “Fleabag” was a top winner in the TV categories. Other winners included Joaquin Phoenix, who won best performance by an actor in a motion picture drama award for “Joker,” and Renée Zellweger, who received the best actress in a drama award for “Judy.”

The weekend leading up to the Golden Globes was packed with mega parties, gifting suites and events filled with winners, nominees and the brightest stars. From luxury good, exotic vacations and the best in beauty products, check out our roundup of everything the stars received at the gifting suites during the 2020 Golden Globes.

Event sponsors included Splenda Stevia 100% Natural zero calorie sweetener and Évolur Baby, a brand known for their line of juvenile furniture concepts, strollers and nursery/children’s room rugs. The A Method and Dionis were sponsors and gifted their line of skincare products. The event benefitted DoVE Project – Dogs of Violence Exposed, a non-profit organization created to support the end of the Dog Meat Trade in Asia.