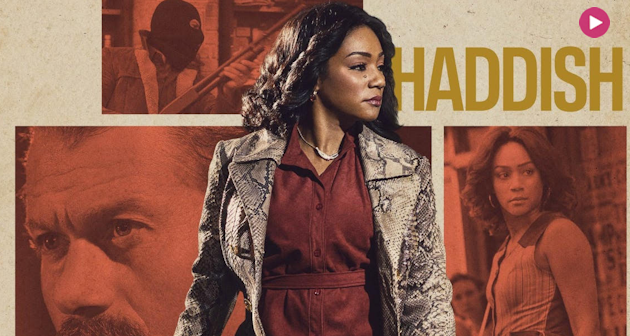 The gritty, female-driven mob drama The Kitchen, from New Line Cinema and Warner Bros. Pictures, hosted their a star-studded red carpet premiere on August 5 in Hollywood. Celebrating the ultimate girl power, the film stars Oscar nominee Melissa McCarthy “Can You Ever Forgive Me?” “Bridesmaids”, Tiffany Haddish” Girls Trip”, and Elisabeth Moss “The Handmaid’s Tale”. An on-screen masterpiece, the Kitchen was written and directed by Andrea Berloff, who was nominated for an Oscar for the original screenplay for “Straight Outta Compton.”

The trio stars serve as 1978 Hell’s Kitchen housewives who learn the strength of women empowerment after mobster husbands are sent to prison by the FBI by taking the mob business into their own hands. It centers around the three wives of gangsters in New York City who continue their husbands’ criminal activities after they’re locked up in prison.

Embracing the strength of a woman, Warner Bros. Pictures teamed up with popular t-shirt brand Mess in a Bottle to create a limited edition collection of shirts inspired by the film. The bespoke collection features a variety of short-sleeve t-shirts bearing uplifting affirmations like “Queen, don’t be afraid to rule like a king” and “I want it all” to reflect the resilience and determination displayed by the women in The Kitchen.

The Kitchen opens nationwide in theaters on August 9.

Kinya’s Jumpsuit by VICI Collection // Code KINYA20 for 20% Off