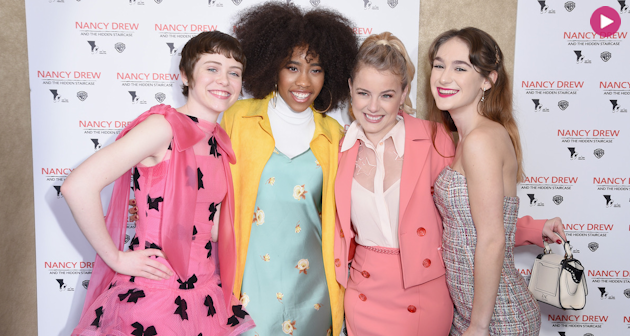 AMC Theaters in Century City got a bit mysterious on March 10 as it hosted the world premiere of the much anticipated family film: Nancy Drew and the Hidden Staircase.

Executive produced by Ellen DeGeneres, the film follows the iconic and beloved Nancy Drew, as she makes a fresh start in her new town; River Heights. But life in a small town is rather dull to Nancy, as she longs for excitement, adventure, and the chance to make a difference in the world. As she tries to fit in, and find her way in new beginnings, Nancy finds herself helping to solve the ghostly activities happening at Twin Elms mansion. With the help of her friends, her family, and her own desire, Nancy readily sets out to crack this strange case!

Nancy Drew and the Hidden Staircase will be out in theaters nationwide on March 15, from Warner Bros.