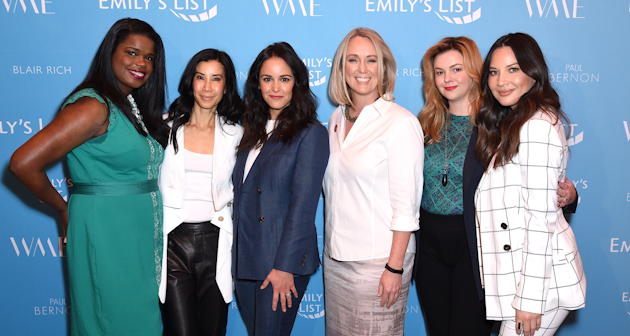 EMILY’s List, the nation’s largest resource for women in politics, hosted a pre-Oscars brunch and panel discussion titled “Raising Our Voices: The Importance of Supporting More Women in Hollywood and in Politics” at the Four Seasons Hotel in Beverly Hills. EMILY’s List brought together a powerhouse mix of Hollywood and Washington leaders and activists for a conversation on the parallel inequities faced by women in both industries. The event celebrated the progress that has been made over the course of the past year, including electing a record number of pro-choice Democratic women to Congress during the 2018 midterm.

The discussion focused on the importance of women standing together to fight against inequity and injustice and what it will mean going forward to have more diverse women than ever before in the rooms where decisions are being made. Panelists offered thoughts on the power of women elevating other women’s voices and weighed in on the progress they’ve witnessed and the challenges that remain. Attendees heard about how they can continue to contribute to the systemic change needed to achieve gender equality, especially as advocates and activists prepare to head into another election cycle.