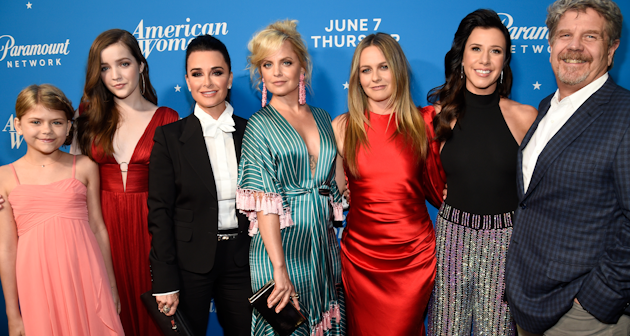 Real Housewife of Beverly Hills, Paris Hilton and Nicky Hilton Rothschild’s aunt; Kyle Richards has emerged as a Hollywood force as Executive Producer of the new hit television series, American Woman, loosely based on the colorful life of her late mother, Kathleen Richards.

Kyle Richards, along with her sisters, Kathy Hilton and fellow Real Housewife Kim Richards, were raised in Bel Air, California, by Kathleen Richards. Kathleen was a headstrong, ambitious divorcee who didn’t quite fit with her times. In the 1970s Kathleen found herself having to support her three girls and their upper crust West Los Angeles lifestyle. She began managing her daughters, ushering all three into modeling and acting careers, as Kyle puts it, “before I could even read.”

From vintage movie and television credits including Little House on the Prairie, Nanny and the Professor, Escape to Witch Mountain, Fantasy Island and Police Story, the girls were very much the working Hollywood family, and mom Kathleen was the original Hollywood “Momager,” a title now associated with Keeping Up with the Kardashians matriarch, Kris Jenner.

Cut to 2018, with the family’s pop culture rise, Kyle Richards was primed and ready to tell the story of her unconventional upbringing and the unwavering faith and determination of her late mother, Kathleen Richards.

The new hit television series, American Woman, created and co-executive produced by Kyle, is inspired by her mom Kathleen’s journey from the quintessential kept 1970s Bel Air housewife who couldn’t balance a checkbook, to single mom crushing it at a time when women had to fight to be heard and taken seriously.

Your new television show, American Woman, is inspired by your mom’s life. What is the greatest lesson your mom taught you?

“She would always tell me, “If you want something, put it out there and you’ll make it happen.” She would tell me that you have to plant the seeds. When you’re a kid you don’t really understand what that means. Now I realize that everything I was doing my whole life was planting the seeds for what I’m doing now. She told me I could do anything I wanted to if I set my mind to it, and to never take my eye off the ball.”

How did you and your sisters, Kathy [Hilton] and Kim [Richards], all become working child actors?

“My mom studied at the American Academy of Dramatic Arts in New York and always wanted to be an actress, but she got married and had her kids young. My sister Kathy was a really beautiful baby, and my mom would get stopped on the streets of New York and asked for her daughter to model. Kathy started doing these modeling things and then it turned into commercials. Then Kim was born, and she started doing commercials. In Kim’s first commercial, she was six months old doing a carpet commercial, crawling around on the carpet. When my dad moved to Los Angeles for business, they were in Hollywood, so they continued on that path. Then when I was born, it was during the time when Kim was on Nanny and the Professor.”

Did you have input into the casting of Alicia Silverstone, who plays the character inspired by your mom?

“Absolutely. I was involved with every aspect of the show. When I originally met with Alicia, my thought was that the actress we cast had to be a natural redhead. My mom was a redhead and it was a big part of her personality. Alicia loved the script and I thought, “Okay, we’ll have a meeting,” because I love Alicia Silverstone! Who doesn’t love Alicia Silverstone? The second I met her, and I saw how inspired she was to dive into this role, or as Alicia describes it, “this juicy part,” I really felt she was the person to take on the challenge of portraying my mom.”

What was your motivation for signing onto The Real Housewives of Beverly Hills in 2010? What did you hope would come from it?

“[American Woman] was not the goal (laughs). I didn’t realize what the Housewives [franchise] really was when I started doing it. I didn’t understand the opportunities that would come my way. I was acting my whole life, and then I had pretty much stepped aside from that to raise my children. When The Real Housewives of Beverly Hills came up, I looked at it as just another gig. I didn’t know what it was like to do a reality television show, other than seeing my niece Paris [Hilton] do it. I thought, “This is great because it’s reality and my kids can be with me.” I had no game plan at all. In the first few seasons I wasn’t selling anything; I had no business. I was a stay at home mom, and I loved being a stay at home mom. I always had that feeling of wanting to do other things at some point, but it’s a lot when you have four kids. People would ask me, “What are you going to do?” And I would be like, “What do you mean, what am I going to do?!” My goal in life is to stay at home and bake cookies (laughs).”

The backdrop of American Woman is interesting because it takes place in the 1970s, just as the seeds of feminism were starting to take root. It seems that your mom was ahead of her time, in terms of being a feminist more than forty years ago.

“It’s funny you should say that, because my mom did not like the word “feminist.” It had such a negative connotation at the time. Back then women weren’t supposed to be strong and outspoken. If you were strong and outspoken and had an opinion and a voice, you were a pushy broad. Nowadays it’s somewhat celebrated as empowering for women to be strong. Back then, it just wasn’t like that. She really was a feminist in her own way, but she just didn’t like the word. She was also old fashioned in the sense that she would say that when your husband comes home you want the house to look beautiful, cook dinner and all that. She wanted us to be independent and not need a man. She didn’t like the fact that her generation supposedly needed a man. I hope younger women, including my daughters, who watch this show, will see how far we have come and appreciate who they are and the power they have. In my mother’s generation, that was lost. More importantly, it’s okay to be strong, but it’s also okay to be vulnerable.”

By Allison Kugel, Journaling Fame / Interview has been edited for clarity and length 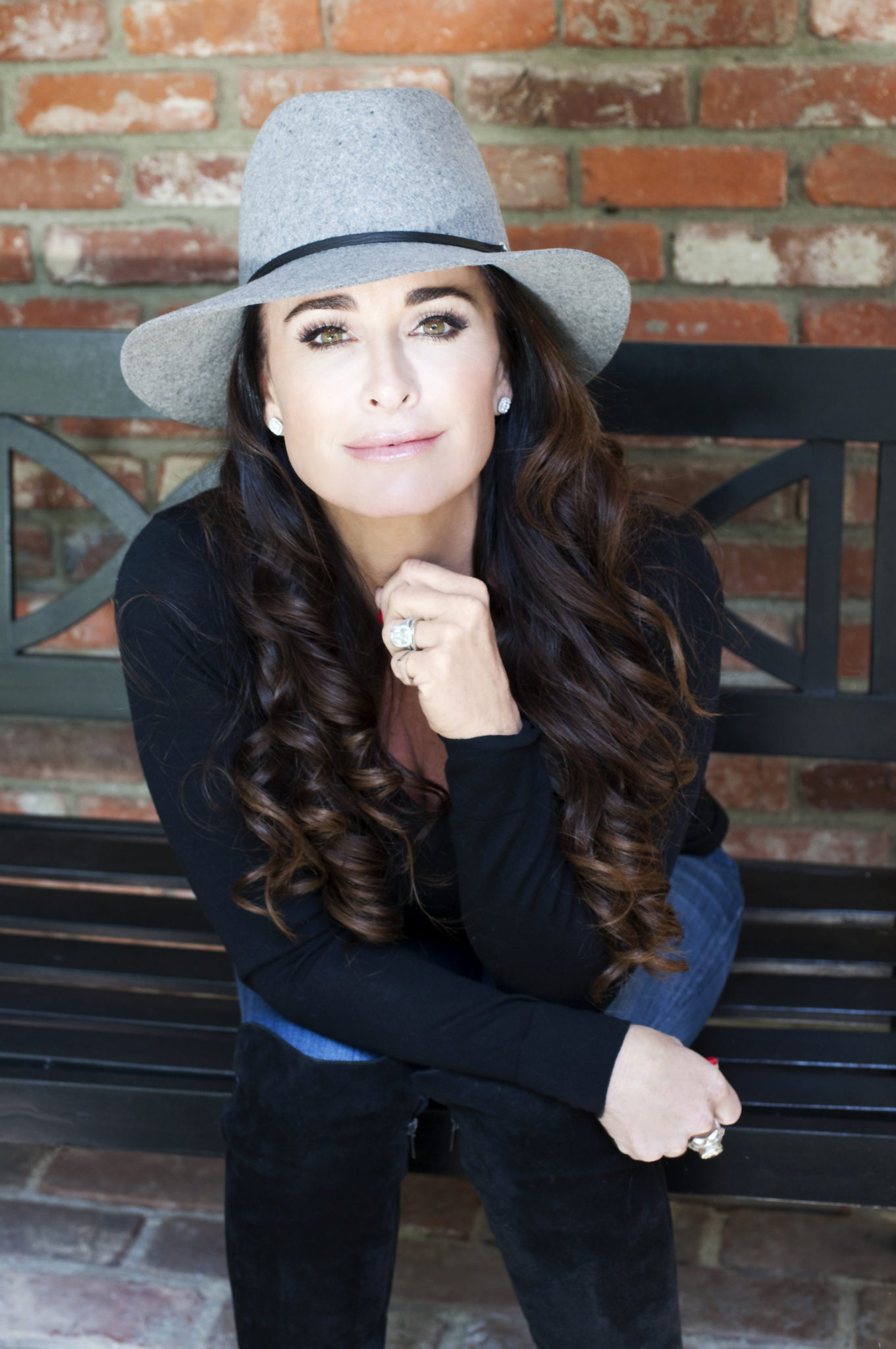 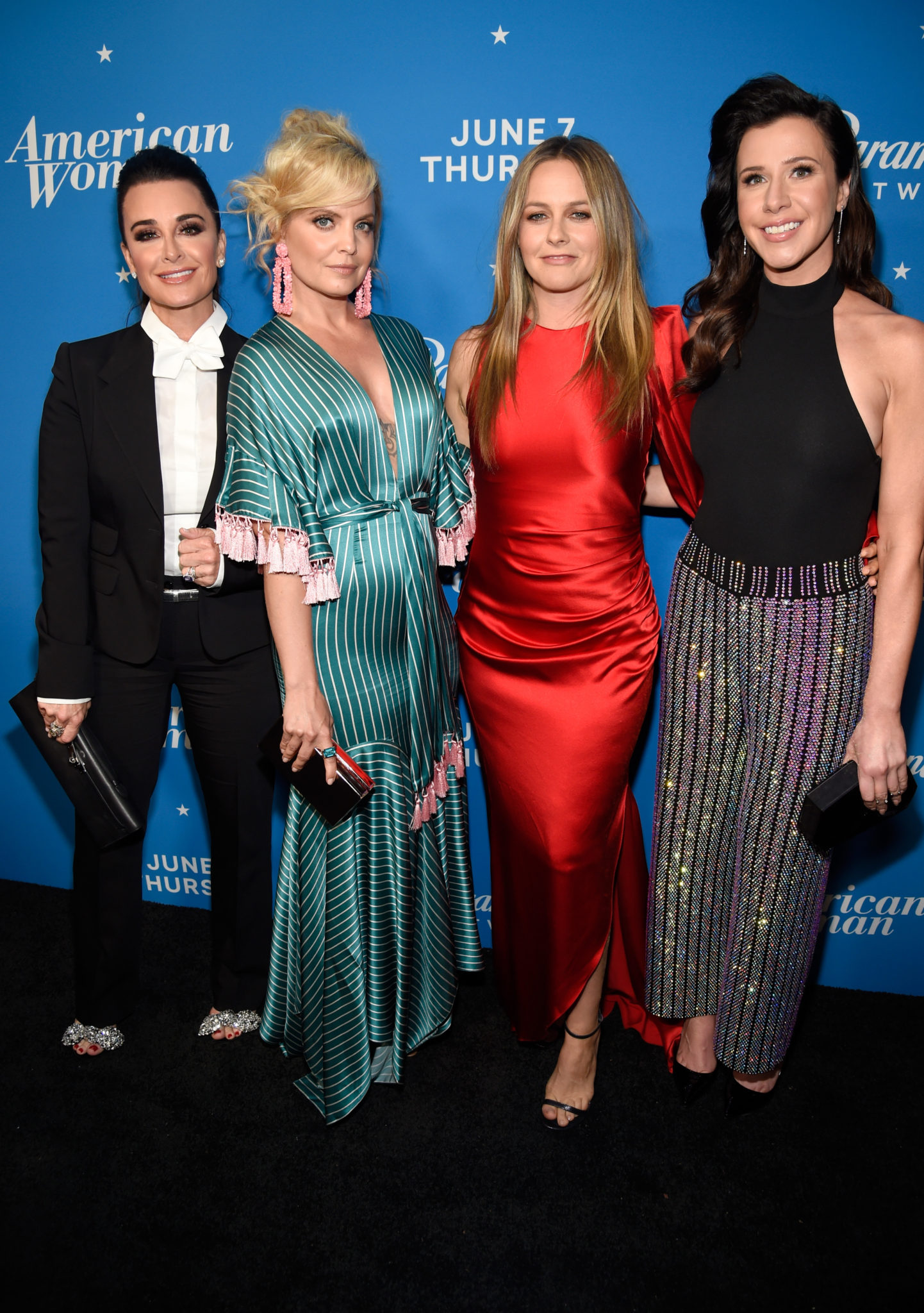