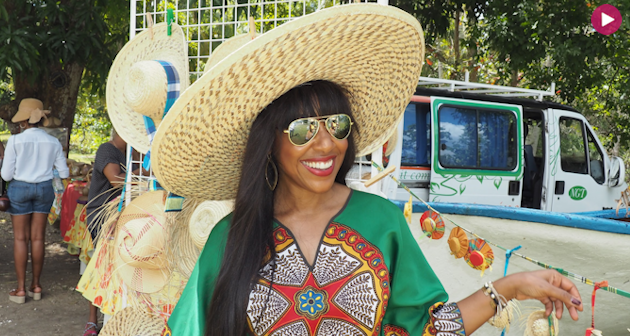 Although most North Americans would have trouble pointing out the Guadeloupe Islands on a map, the butterfly-shaped islands are one of the French Caribbean’s best-kept secrets. A popular vacation spot for French sun-seekers and those travelers in-the-know, tourists flock to these French-speaking islands to enjoy the lush rainforests, white-sand beaches, creole cuisine, colorful festivals, museums and historic landmarks.

The French overseas territory in the Lesser Antilles is a set of islands sandwiched between Antigua and Dominica. Also, the filming location for the popular TV series Death in Paradise, the two largest islands, Grande-Terre and Basse-Terre, are close enough to be connected by a short bridge and together their outlines form the wings of a butterfly. Many of the towns including Gosier and Pointe-a-Pitre is a mixture of New Orleans and the French Riviera.

Christopher Columbus touched down on Guadeloupe in 1493, marking the beginning of a long, complicated history of colonial rule. It came under French rule in the 1600s, when colonists brought slaves to establish sugar plantations. A mix of French and African history runs deep throughout the Guadeloupe Islands and the Afro-Caribbean culture influences the food, architecture, music and clothing.

The warm, sunny islands that make up this French territory in the Caribbean are just a short plane ride away. European low-cost carrier, Norwegian Air offers cheap nonstop flights from New York City, Providence, Rhode Island, and Fort Lauderdale to the French Caribbean islands of Guadeloupe. While booking a ticket on the ultra-low cost carrier can come with some additional fees for selecting your seat, checking a bag, and choosing a meal, the short three to four-hour flight makes getting there easy.

Petit Canal is an important place in the history of slavery and the oldest commemorative monument of the abolition of slavery in the Guadeloupe Islands. It was next to this canal that the slaves disembarked and most of them were immediately taken to work on the sugar plantations. This monumental stairway of nearly 50 stone steps was constructed by slaves and leads to the marketplace where slaves were sold directly off the boat. It was built in 1848, the year of the abolition of slavery and has plaques on the steps displaying the names of various African Tribes who were enslaved on Guadeloupe including Yoruba, Congos, Ibo, Wolof, Fula, and Bamileke. At the foot of the stairs stands a bust of Louis Delgrès, who fought to the death against the re-imposition of slavery in 1802. 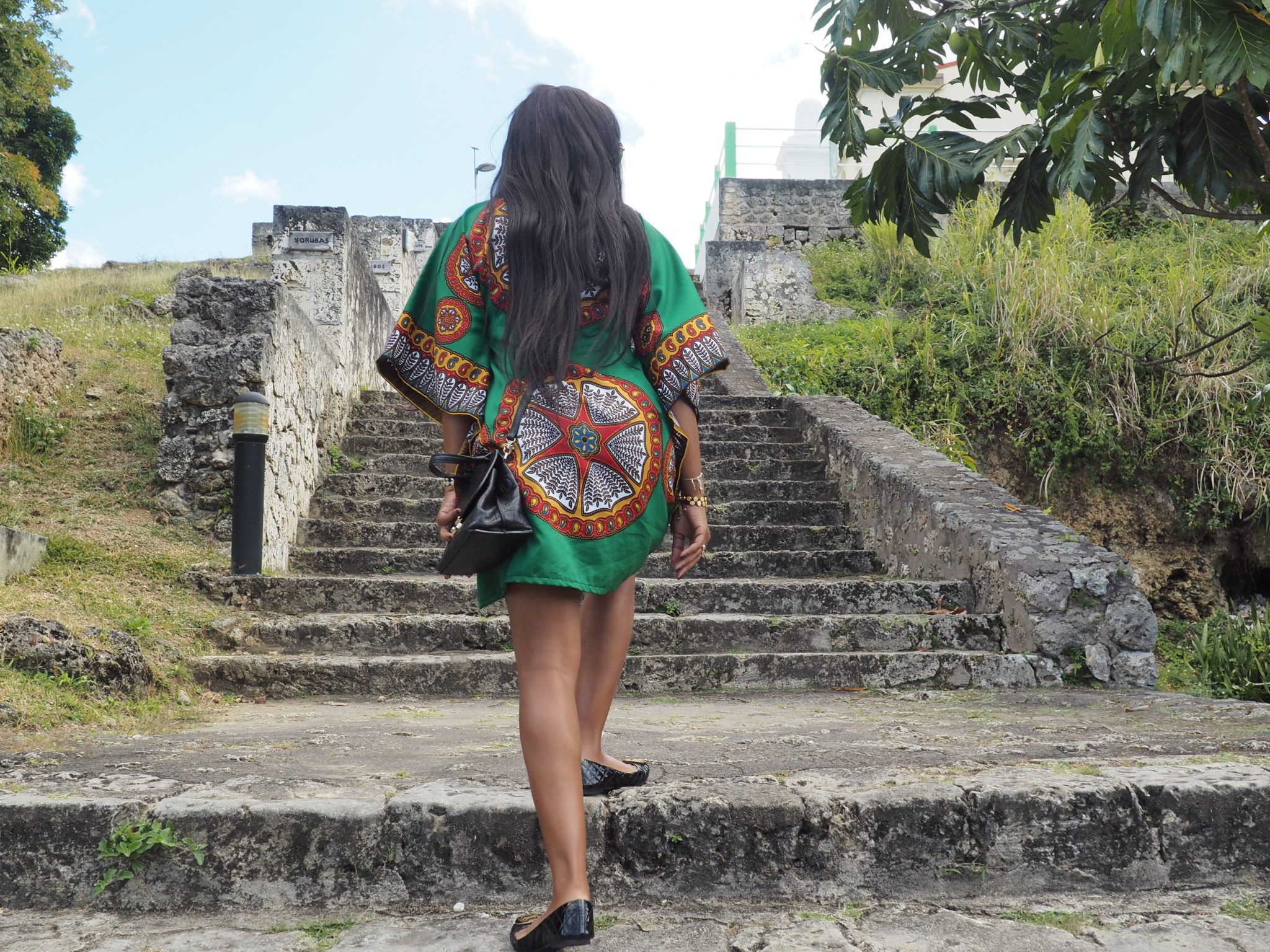 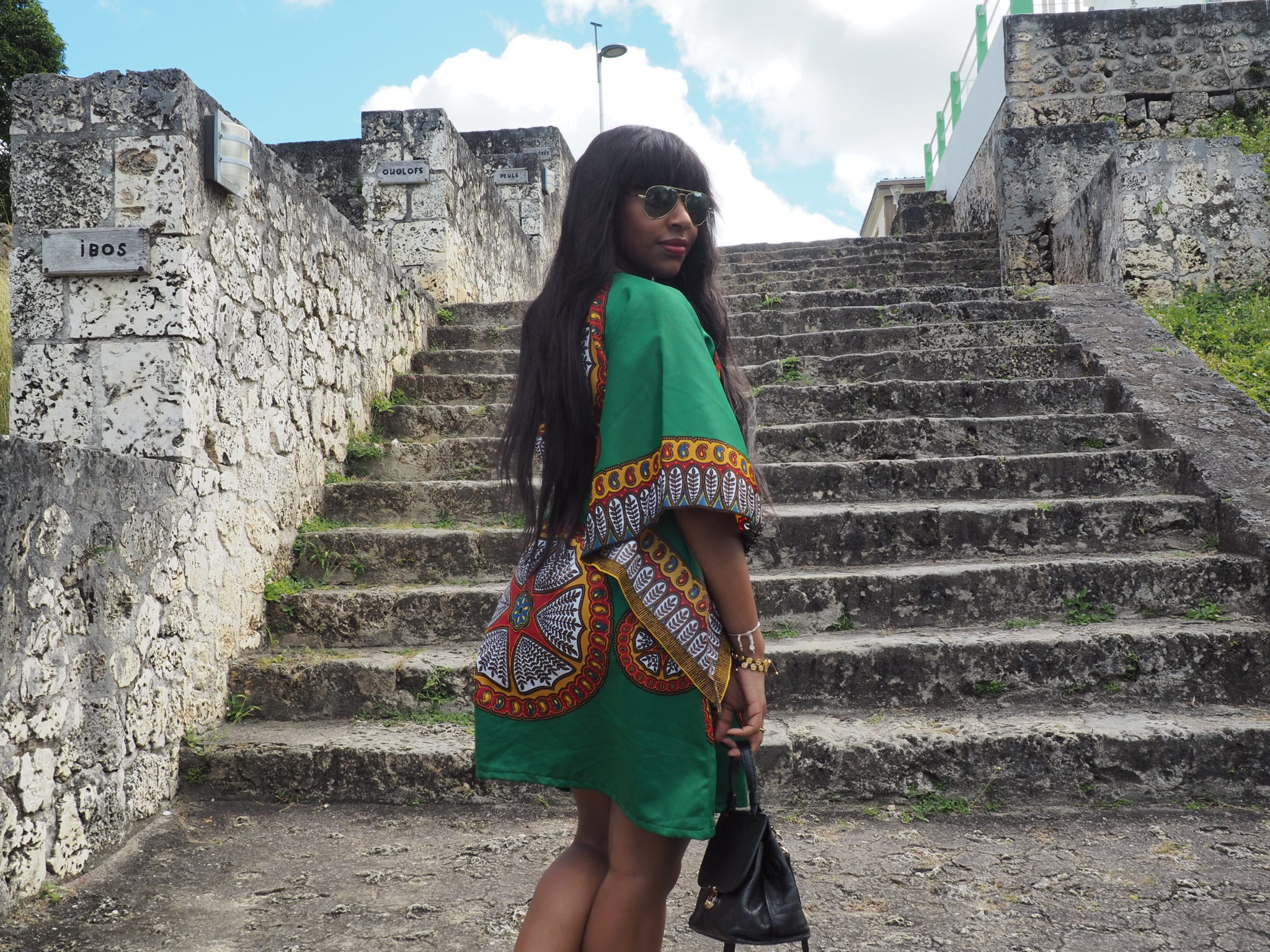 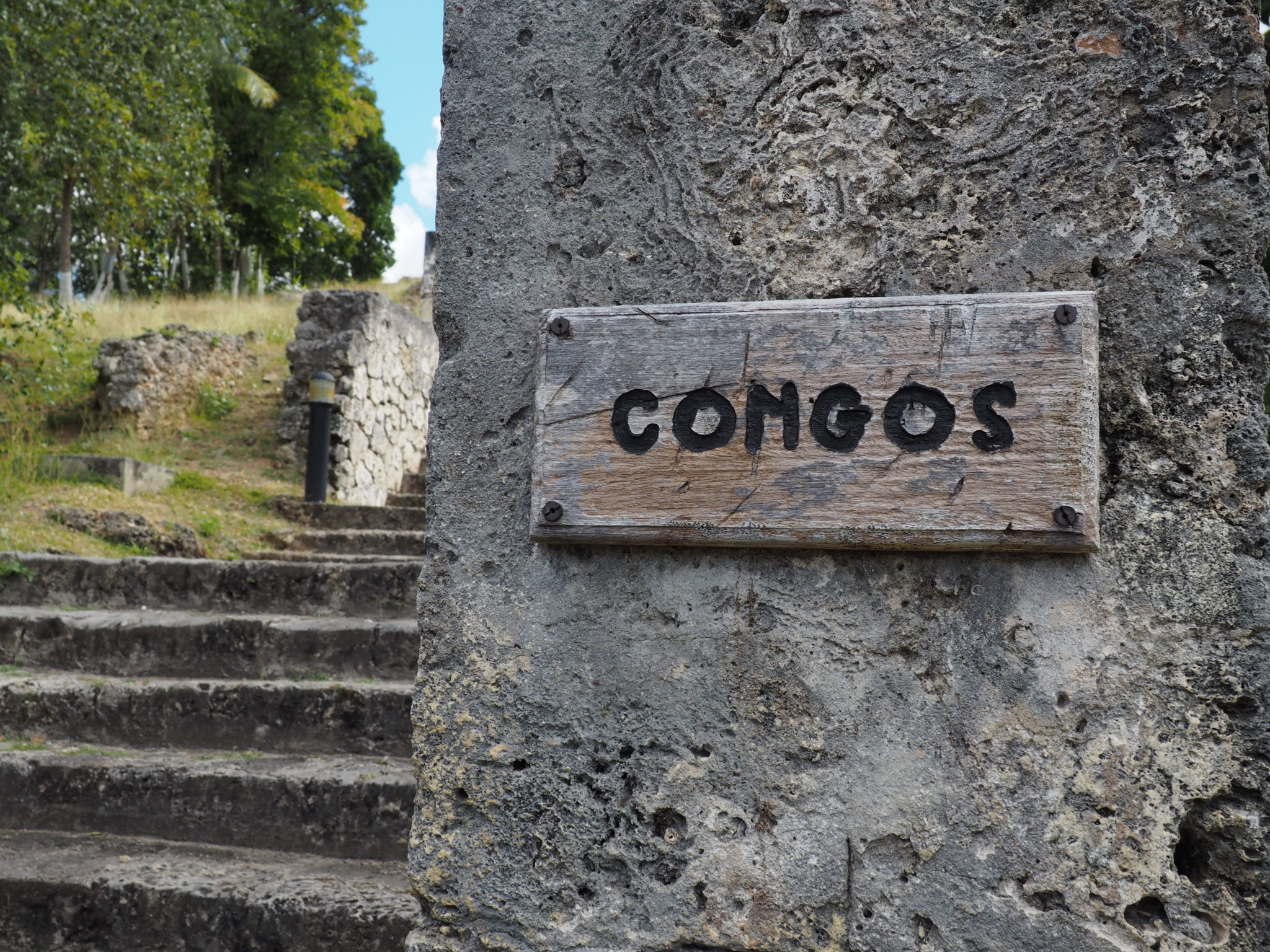 The Petit-Canal slave prison was built in the 19th century. Its remains are a reminder of the more recent history of northern Grande Terre, where Guadeloupian politician Hégésippe Légitimus, leading figure of the socialist movement of the previous century, was imprisoned there. According to legend, when guards came looking for him the day after his arrival, they found his cell empty and destroyed by a tentacle cursed fig tree growing in the courtyard. 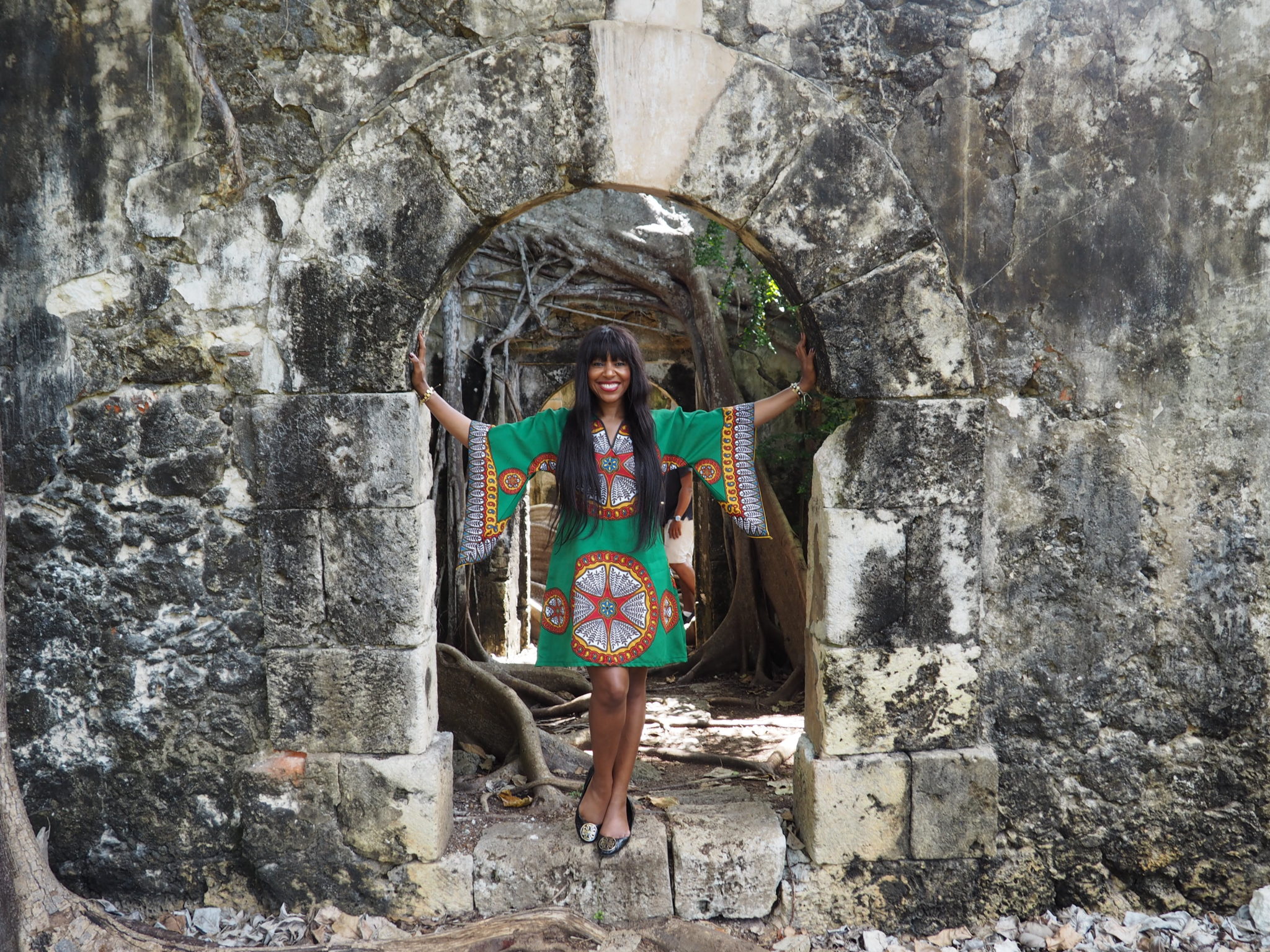 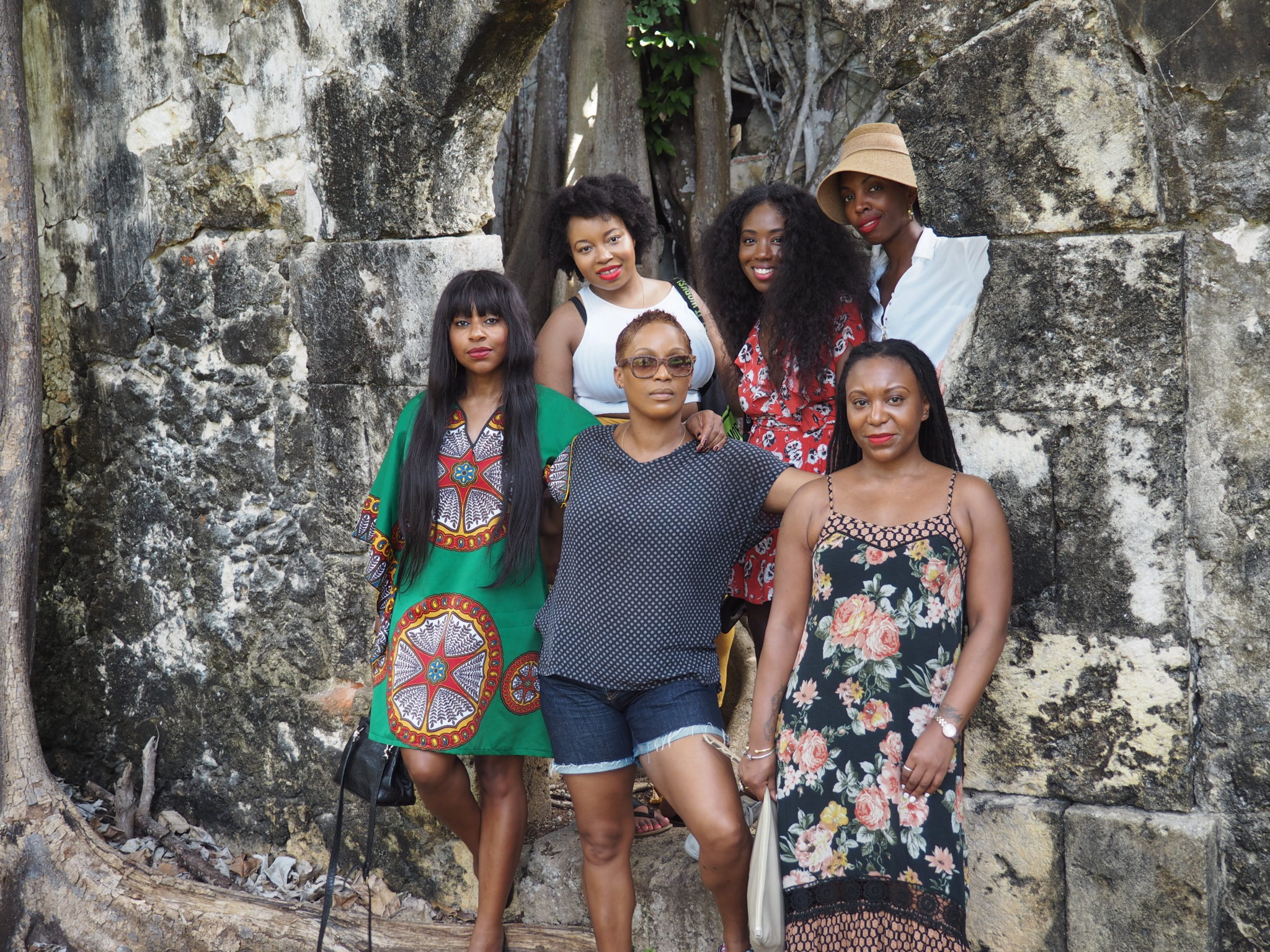 Visit the 17th-century Fort Delgrès Memorial in Basse-Terre named after Louis Delgres, a key figure in the abolitionist movement in Guadeloupe. France became the first to abolish slavery in 1794, and was also the only country to re-establish it in 1802. Louis Delgrès, a free man of color born in Guadeloupe, led a rebellion to prevent the return of slavery in the French Caribbean and resisted the much larger French Army for 18 days in the ‘War of Guadeloupe’.  When it became clear that they would be defeated, Delgres ordered a suicide of via explosion of himself and his men. This call inspired many local Guadeloupe residents to embrace the motto, “Live free or die”. 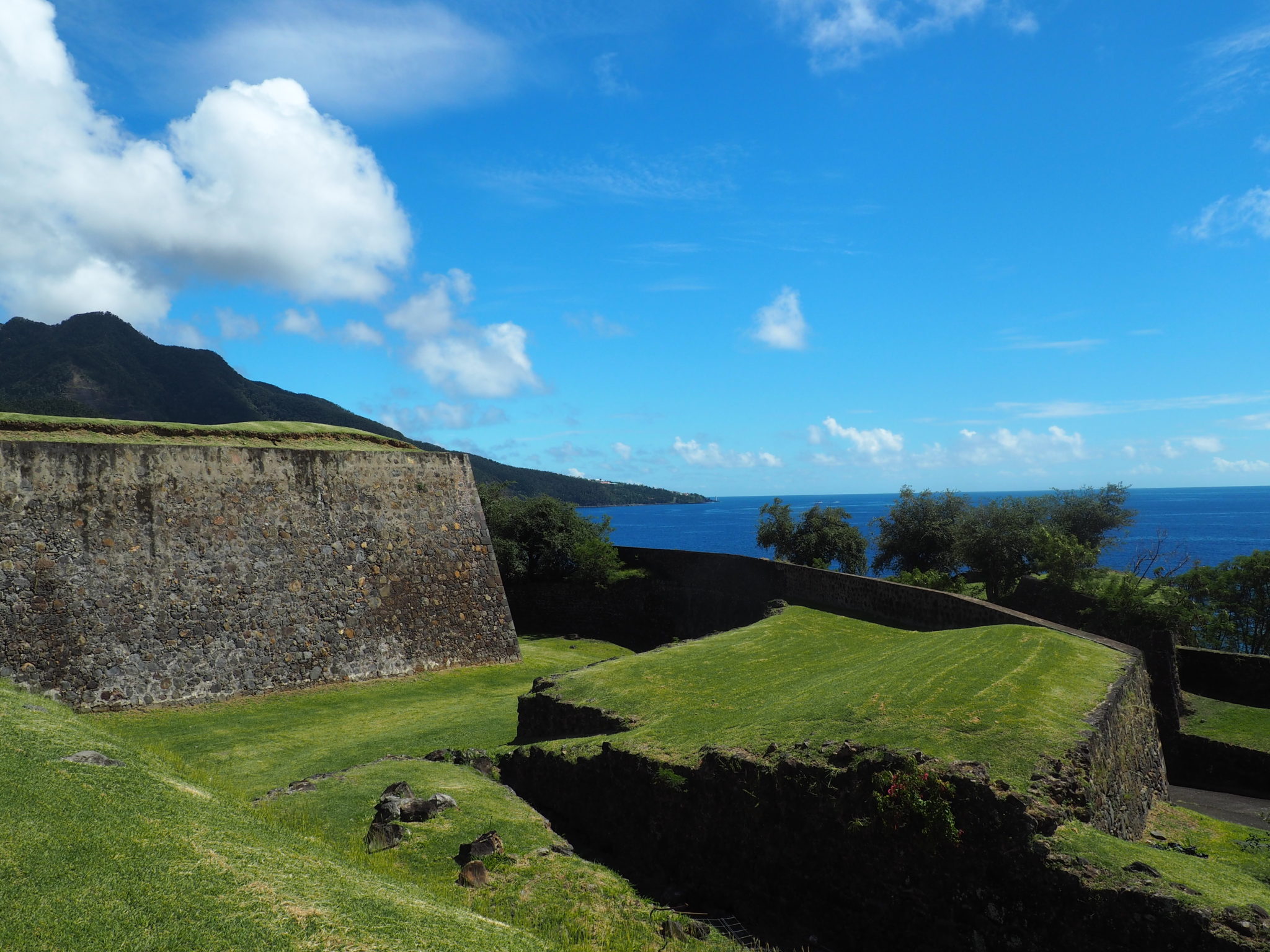 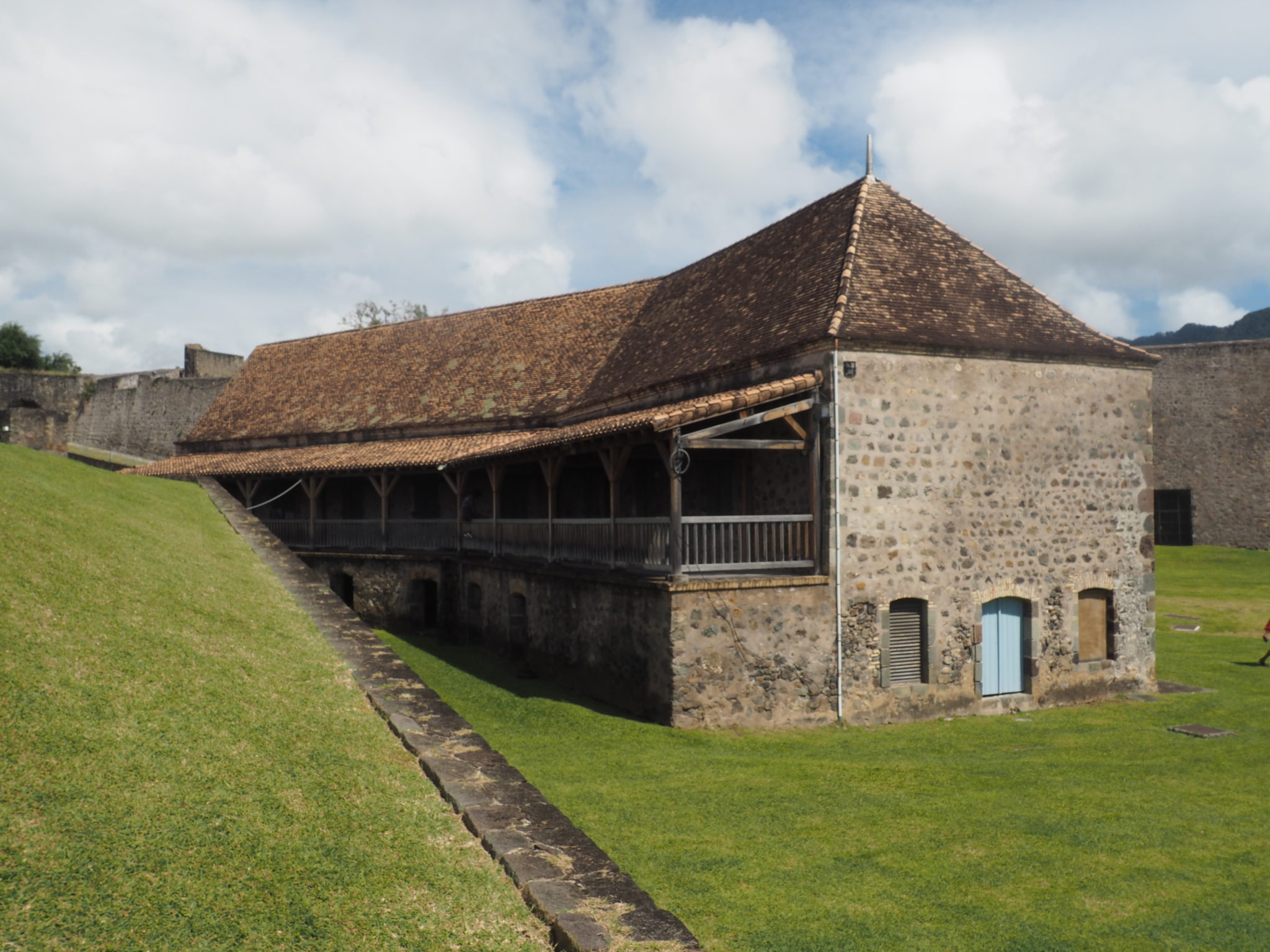 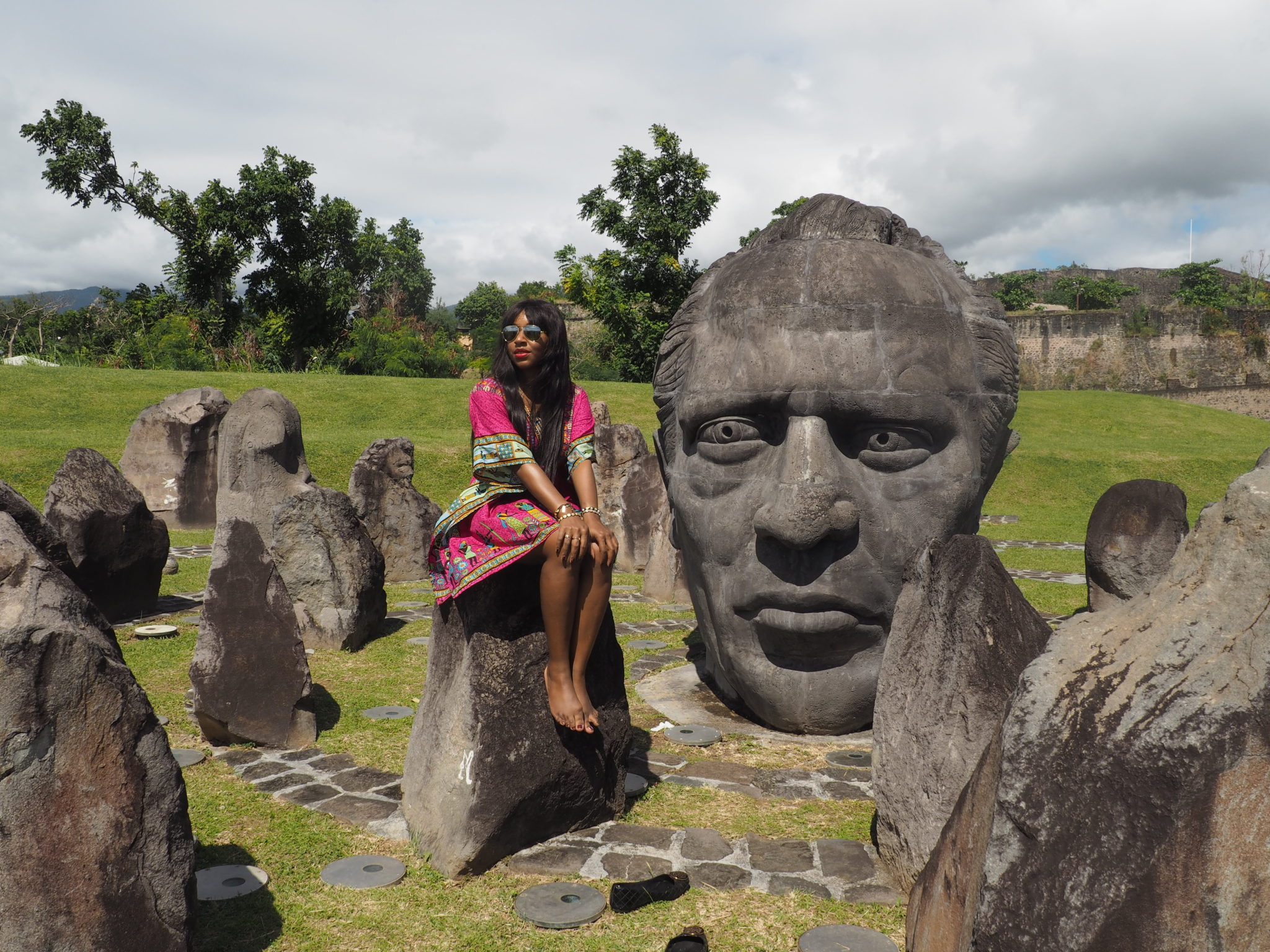 Tour the Memorial ACTe, a must-see museum that takes visitors through the history of slavery, from ancient times to modern day. Opened in 2015, this modern exhibition offers a guided journey back in time, to navigate the major chapters of the African diaspora in the Caribbean and the Americas from the early-17th century to the present day, drifting through the triangular trade, the Code Noir, the abolitions and segregation. The first museum of its kind in the world and built on the site of a former Darboussier sugar factory, between 2 and 4 hours are needed to view the artifacts, works, texts and other visual documents that make up this permanent exhibition. 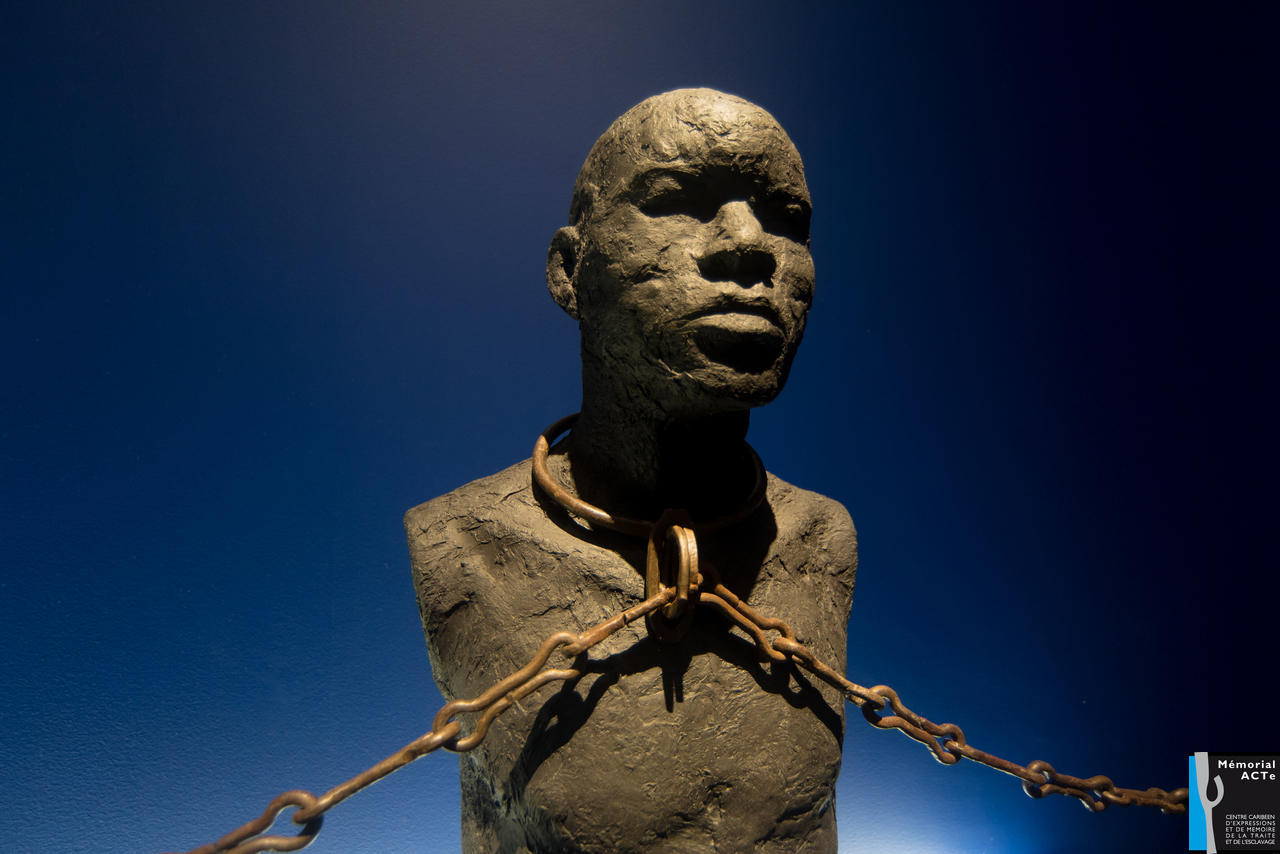 Guadeloupe is one of the oldest coffee growing regions in the Americas. While you’re there, be sure to visit Habitation La Grivelière, a self-sustaining plantation founded in the late 17th century. The plantation is located along the Grande Rivière des Vieux-Habitants within the Guadeloupe National Park, at 200 meters (660 ft) above sea level. It is one of the best preserved agricultural estates in the Lesser Antilles. It contains a dozen buildings including a master house, overseer’s house, houses of permanent workers, a roasting shed, mills, an oratory and slave huts. 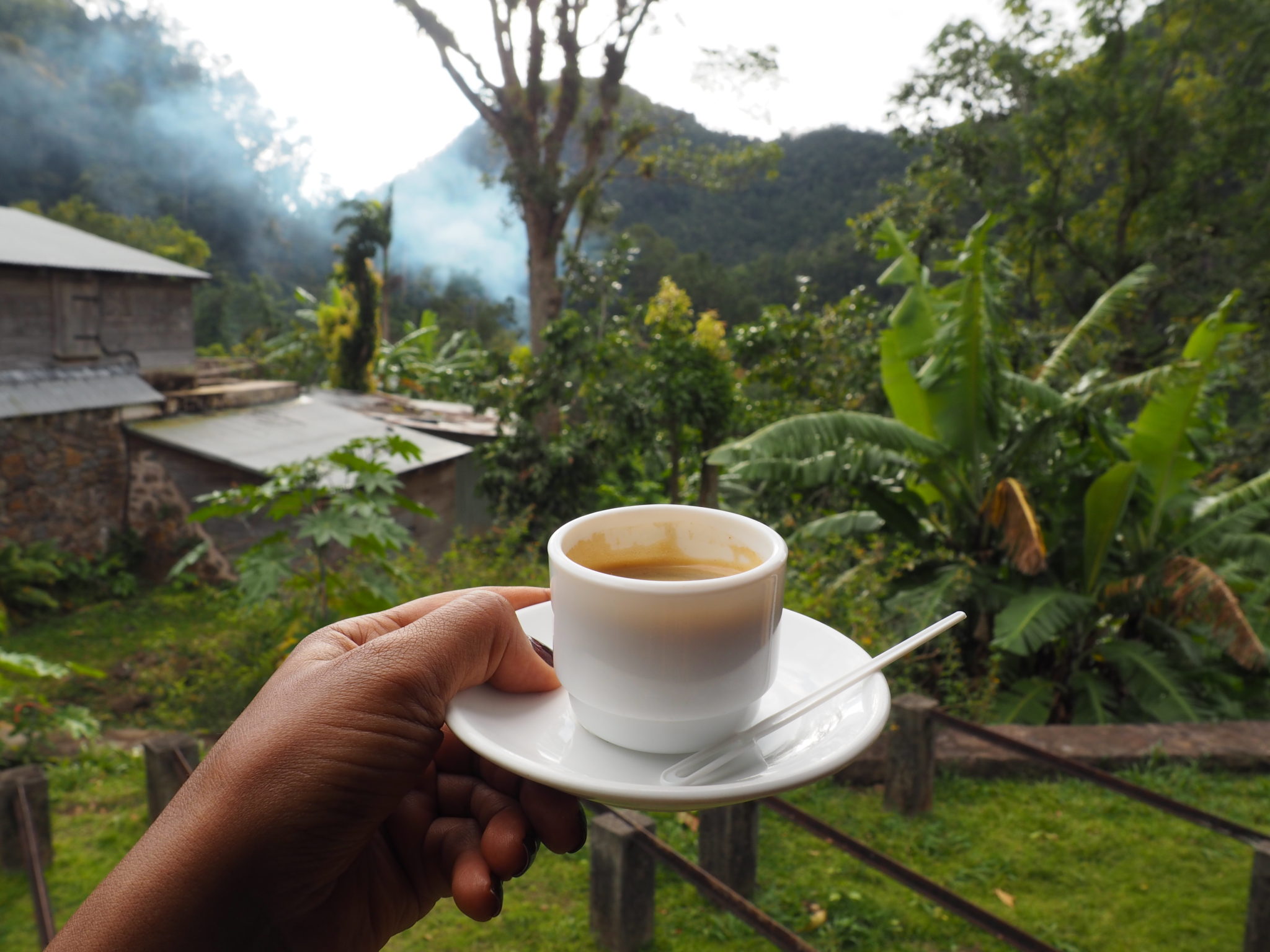 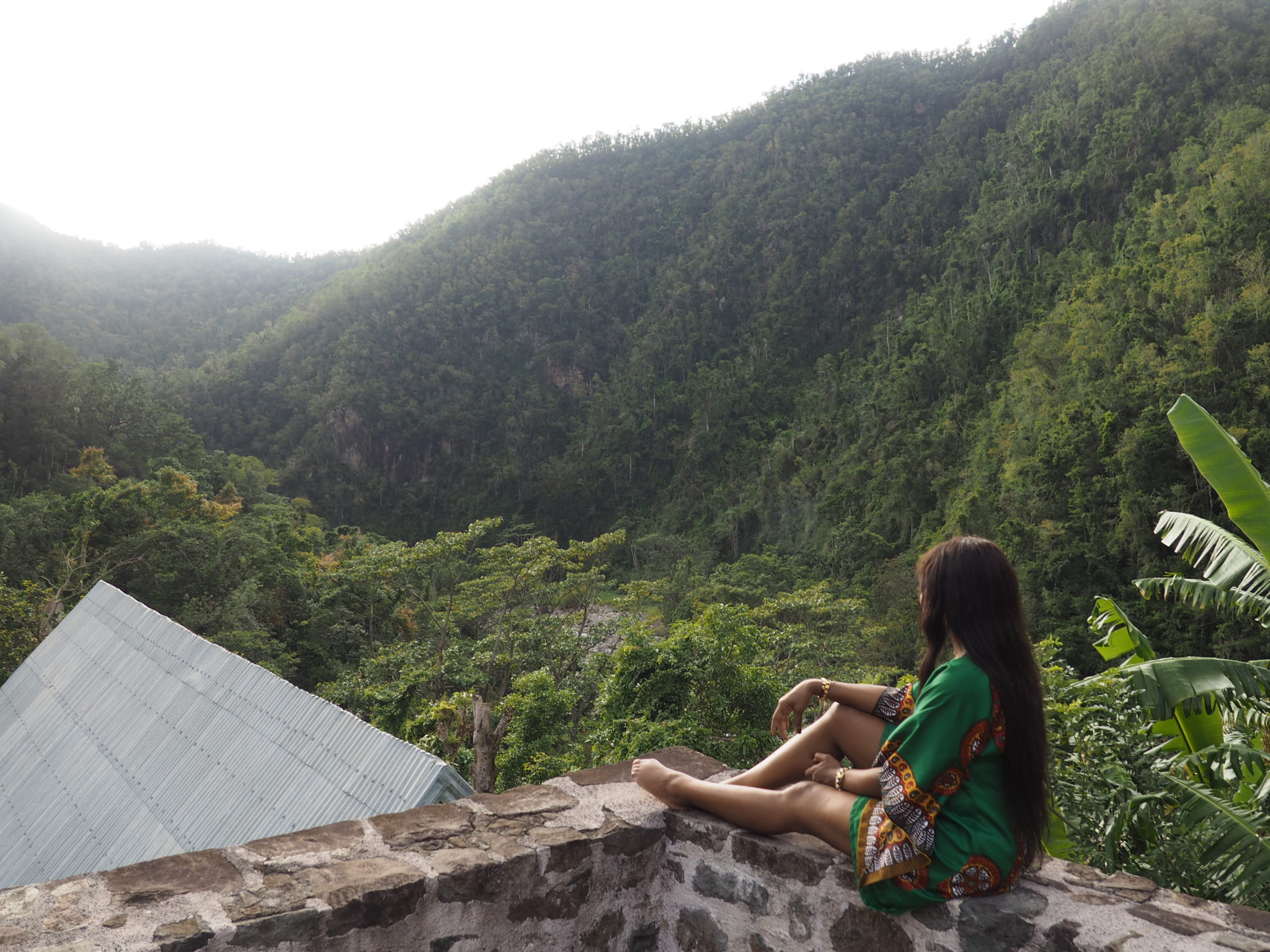 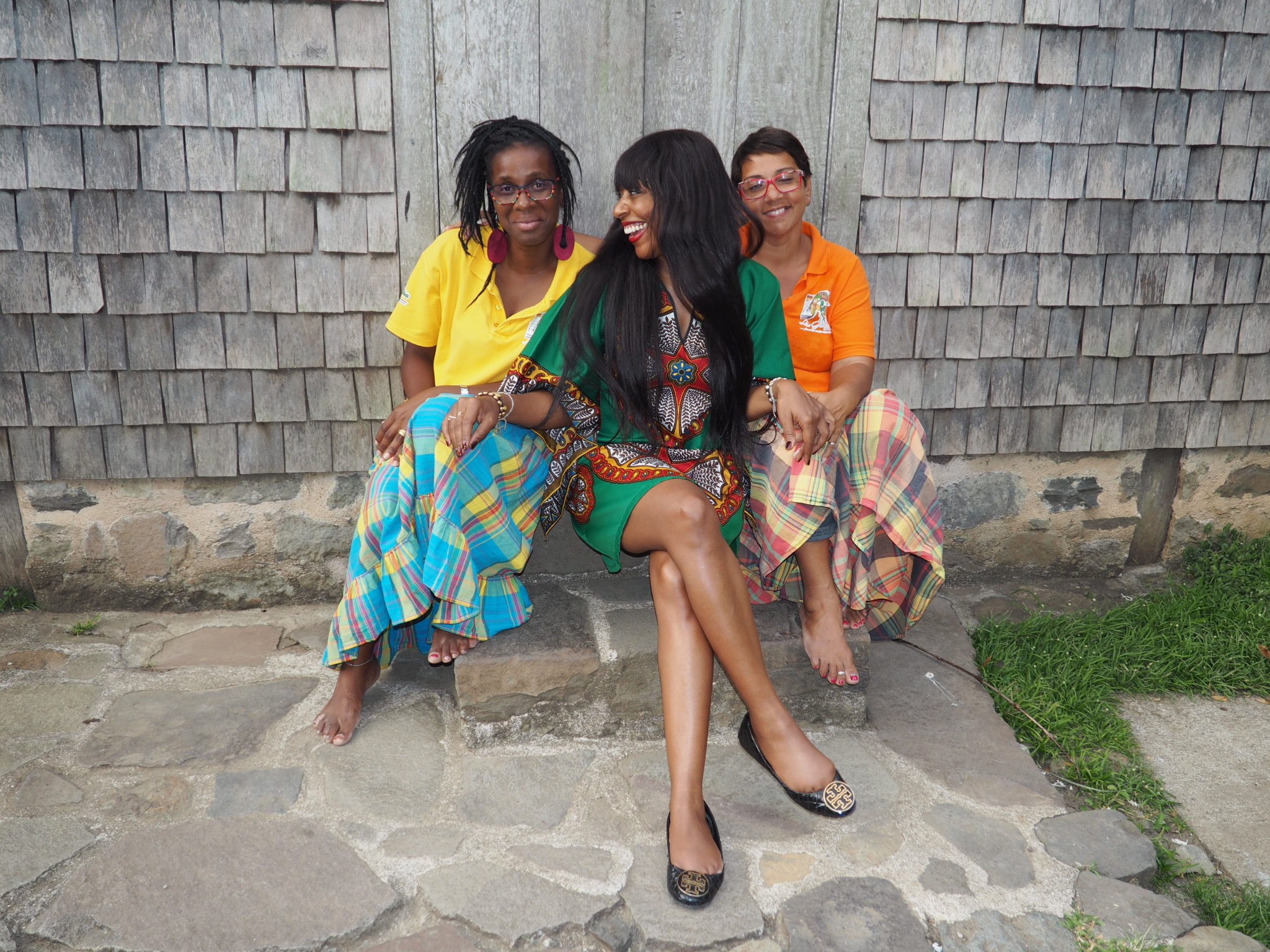 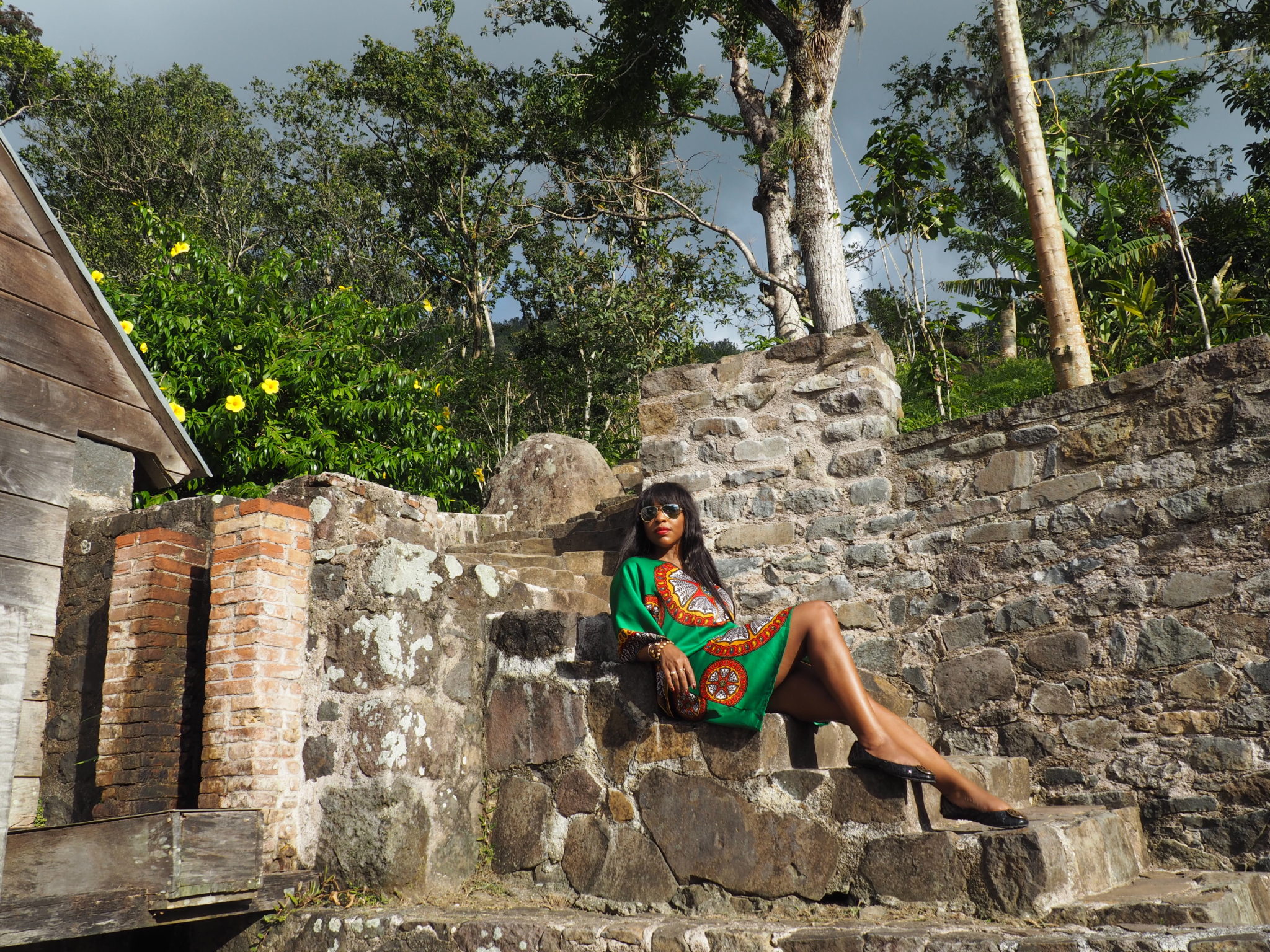 Guadeloupe is known for its rum and no visit is complete without a stop to the Bologne Rum Distillery. Tour the Bologne Distillery, located on the site of a 300-year-old sugar cane plantation stretching from the slopes of the Soufriere volcano to the Caribbean Sea. It was acquired by Amé-Noël in 1845, the first black free man owner of a major plantation. The tumb of Jean-Antoine Amé-Noel still rests at the site.

The bottle with the famous yellow and green label can be bought all over the island and is especially coveted for its pure and unique flavor, as a result of its unique distillation process using fresh sugar cane juice as opposed to molasses. While you’re there, try the famous ti’ punch rum cocktail or order the planteur, a rum punch made with fruit juices. 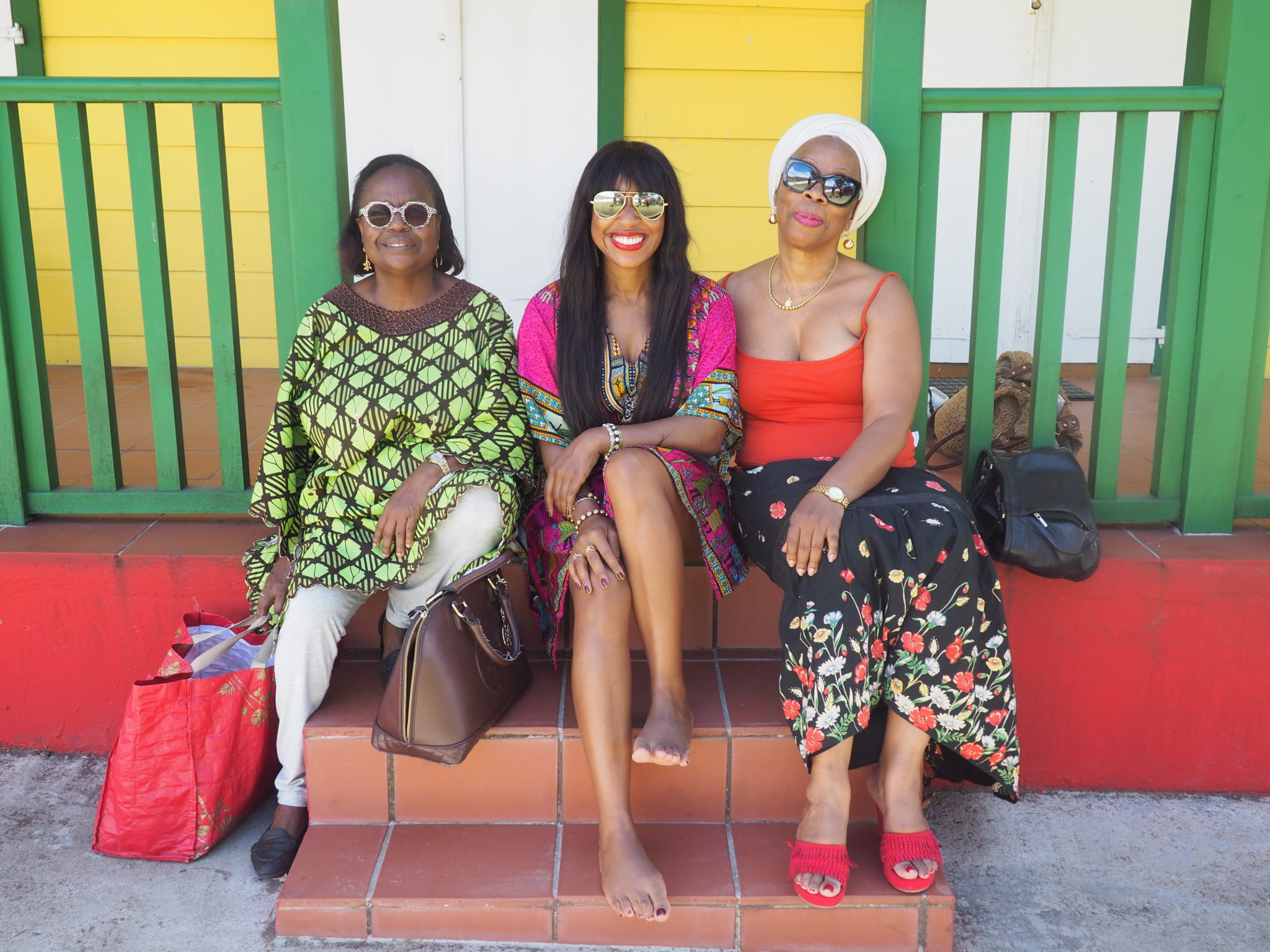 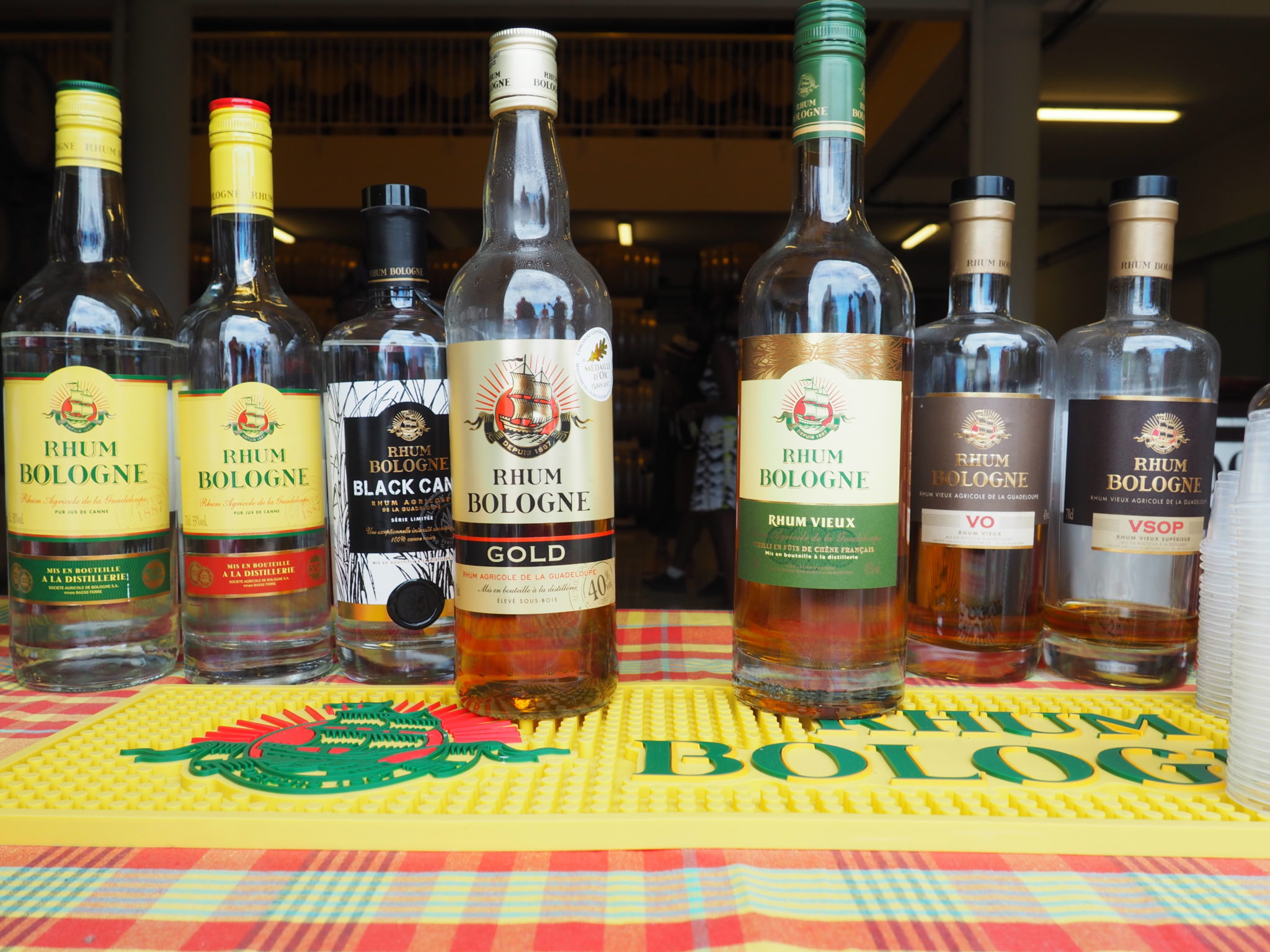 To experience local flavor, the vibrant and colorful markets are the best places to shop for local products. The Sainte Anne market, Gosier and the Saint Antoine market in Pointe-a-Pitre are a few to try. In any of the markets, you will find unique jewel, handmade hats, sugarcane, sarongs, spices, local produce and made-to-order street food. 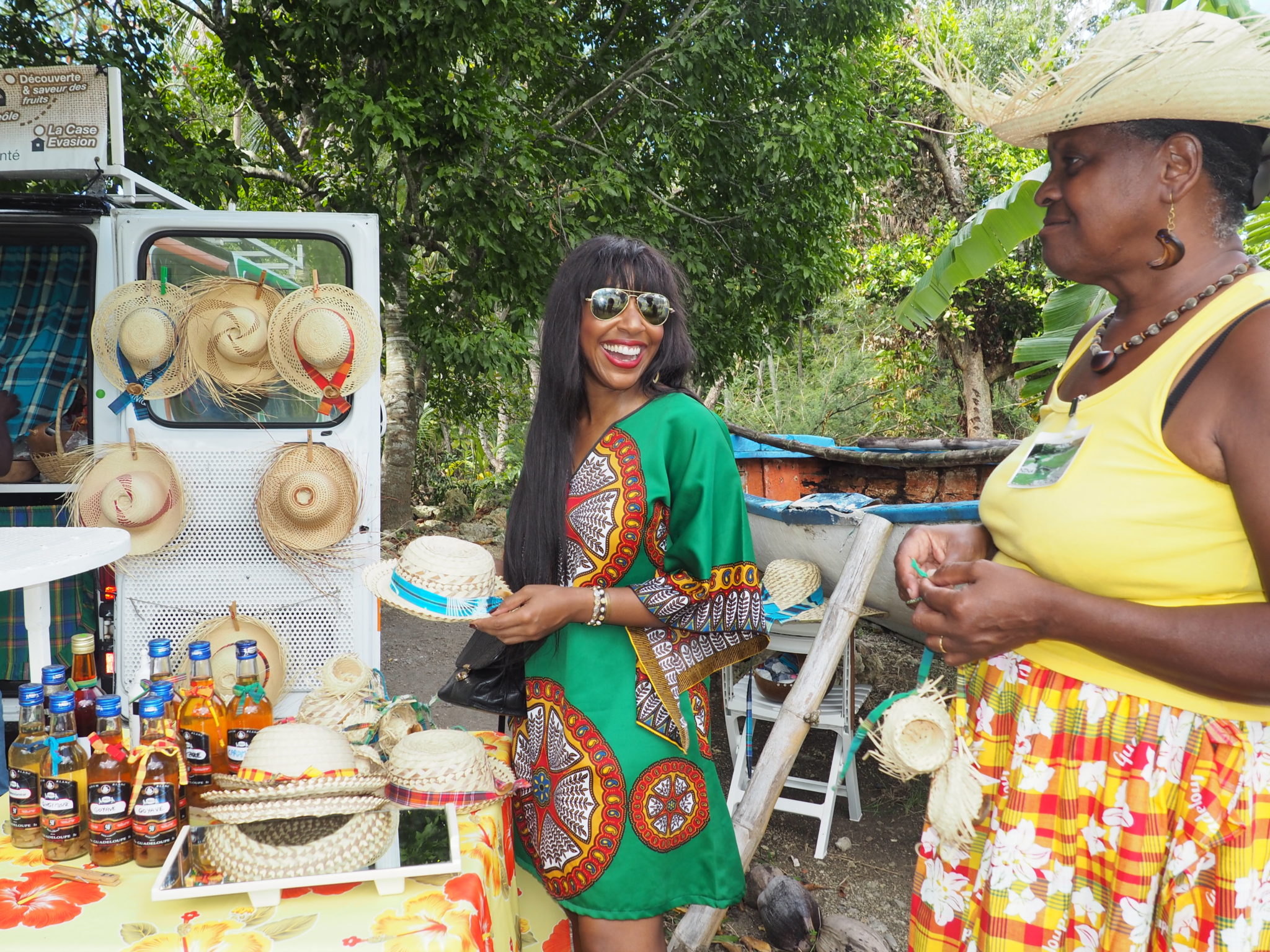 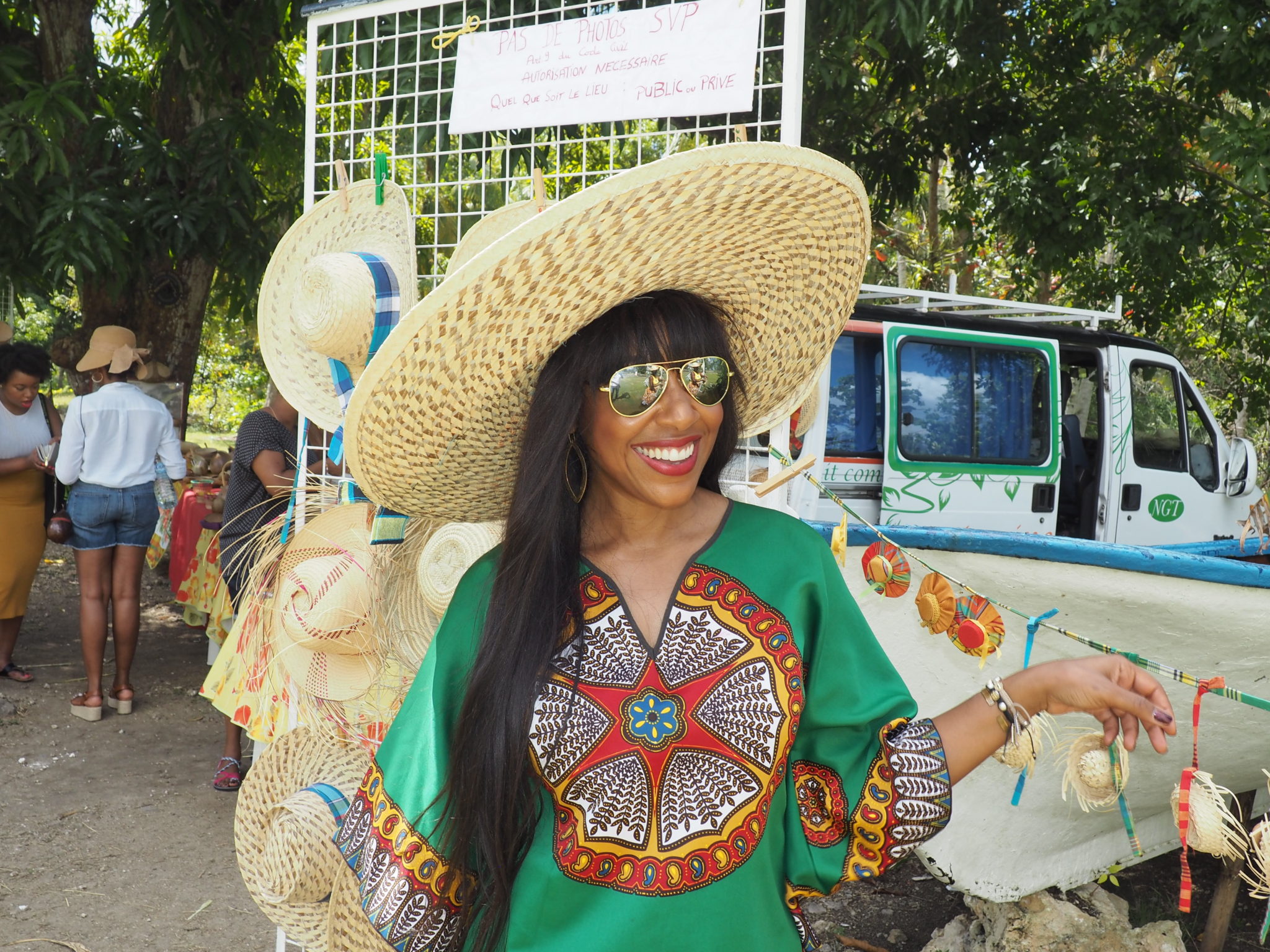 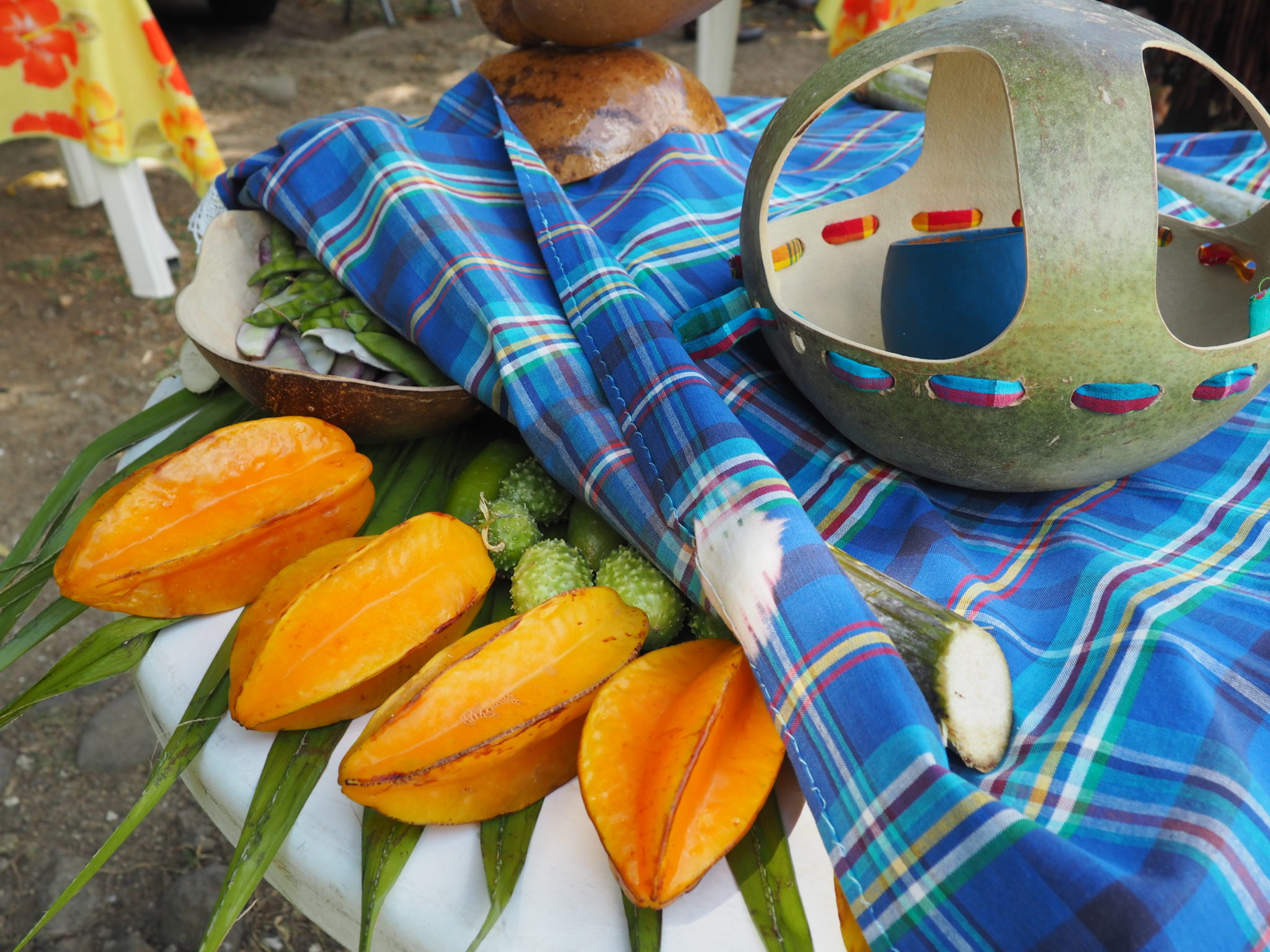 The La Creole Beach Hotel & Spa is an upscale hotel set along a beach on the shores of the Caribbean Sea in the heart of a tropical garden.  Located in Le Gosier just 15 minutes from the airport, this four-star property offers private beach access, three restaurants serving up traditional Creole dishes, complimentary children’s club, full-service spa and more. 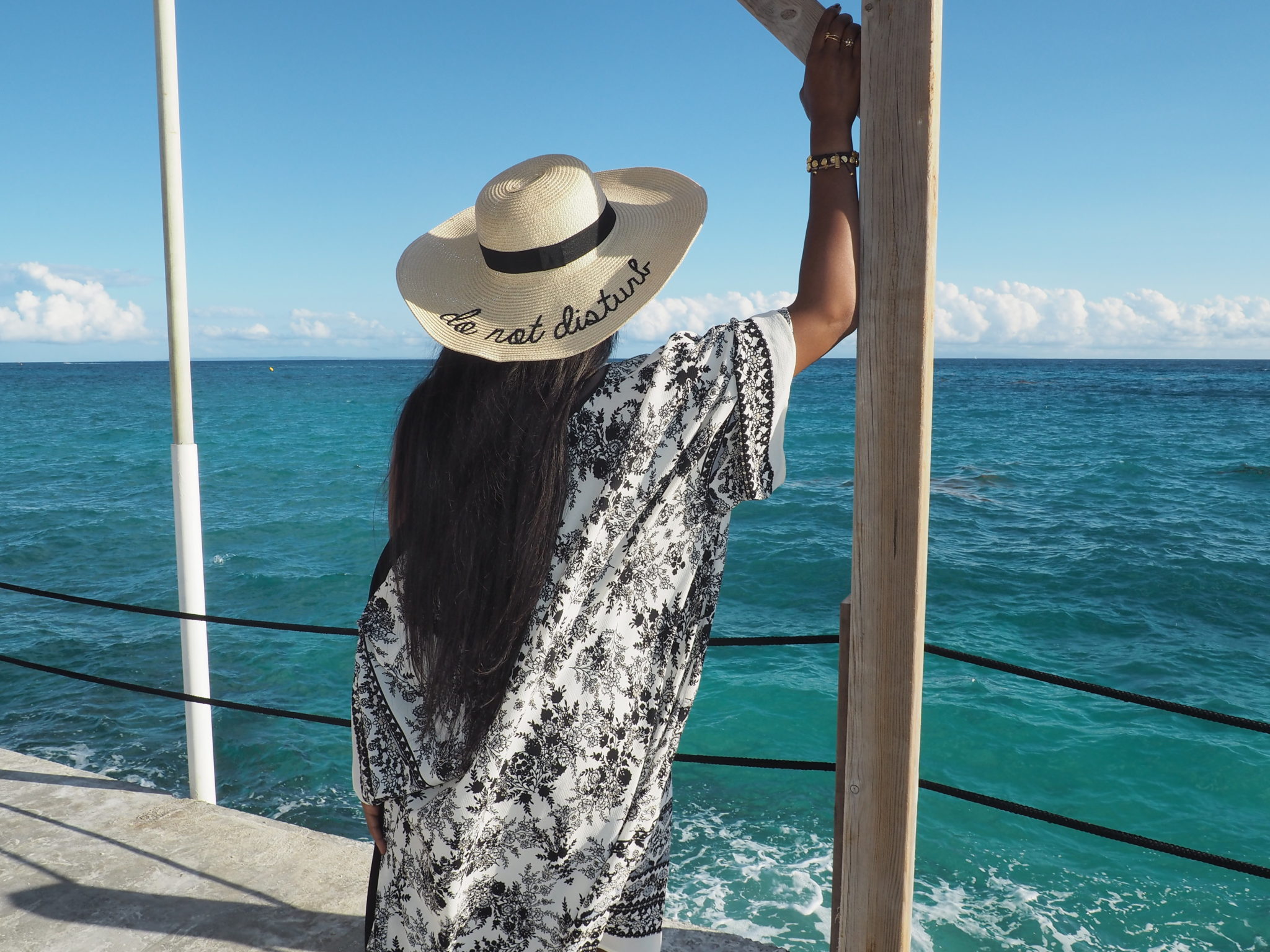 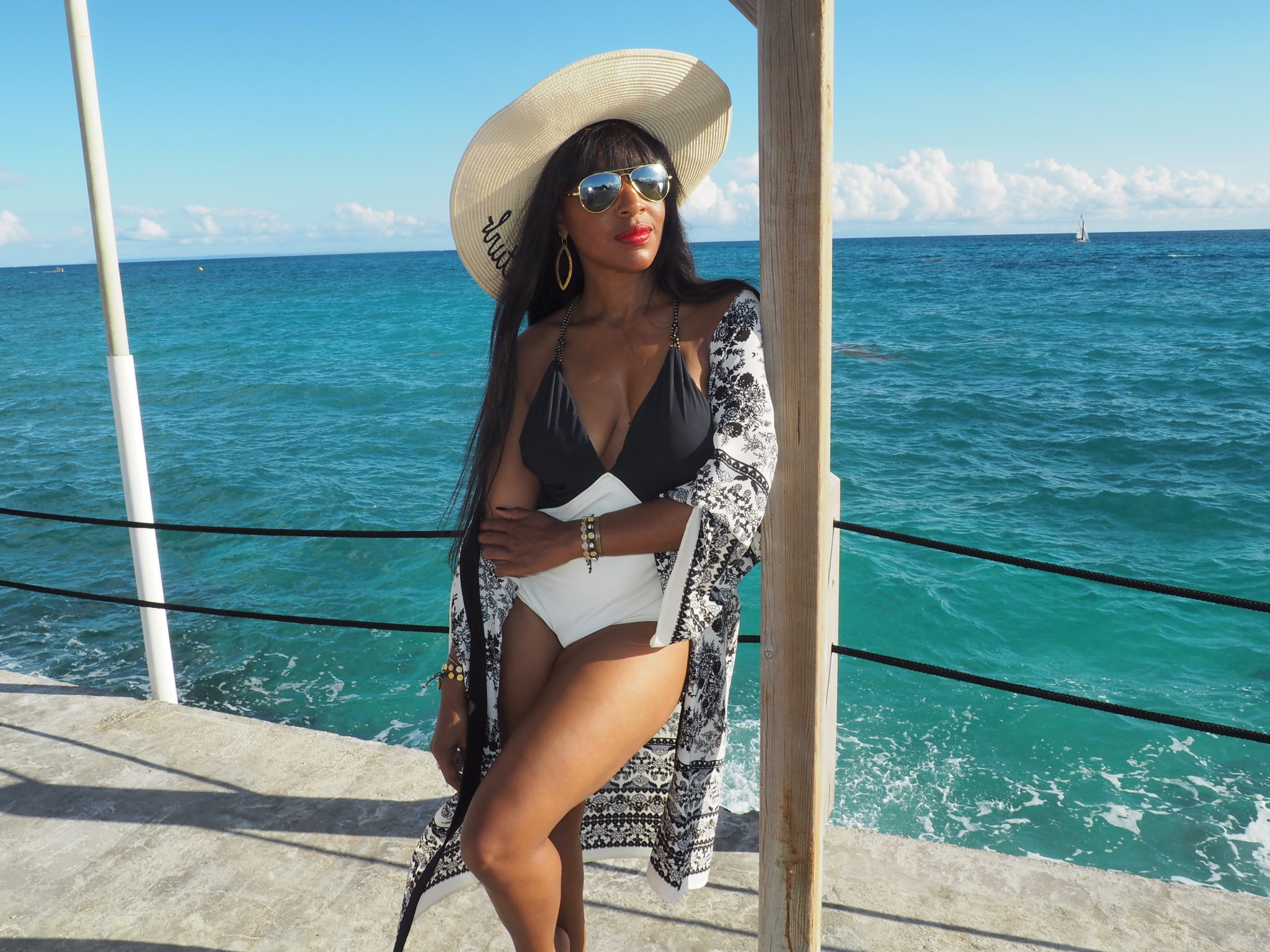 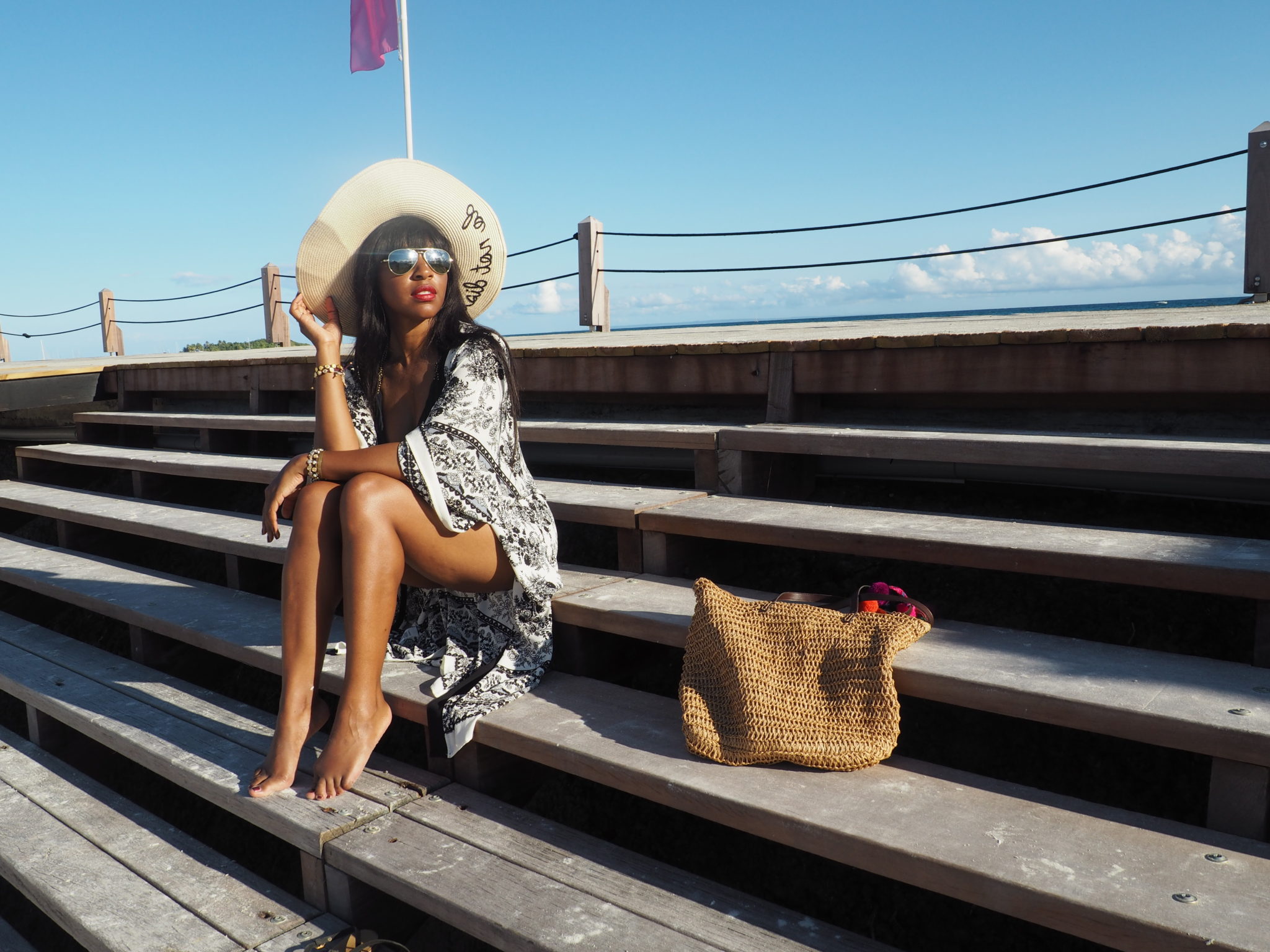 Visit during one of Guadeloupe’s festivals such as the Carnival and Mardi Gras which begins in January and runs through Ash Wednesday. Le Gosier and Point-a-Pitre both have parades and festivals celebrating lively cultural events with the biggest held on Fat Sunday. Also, checkout Fête des Grands-Mères or the SAINT-GEORGES International Music Festival in March celebrating the musical heritage of Saint-Georges, a historical Guadeloupean figure of the French Revolution. During the festival, enjoy a series of classical music and Opera concerts across the butterfly-shaped islands. 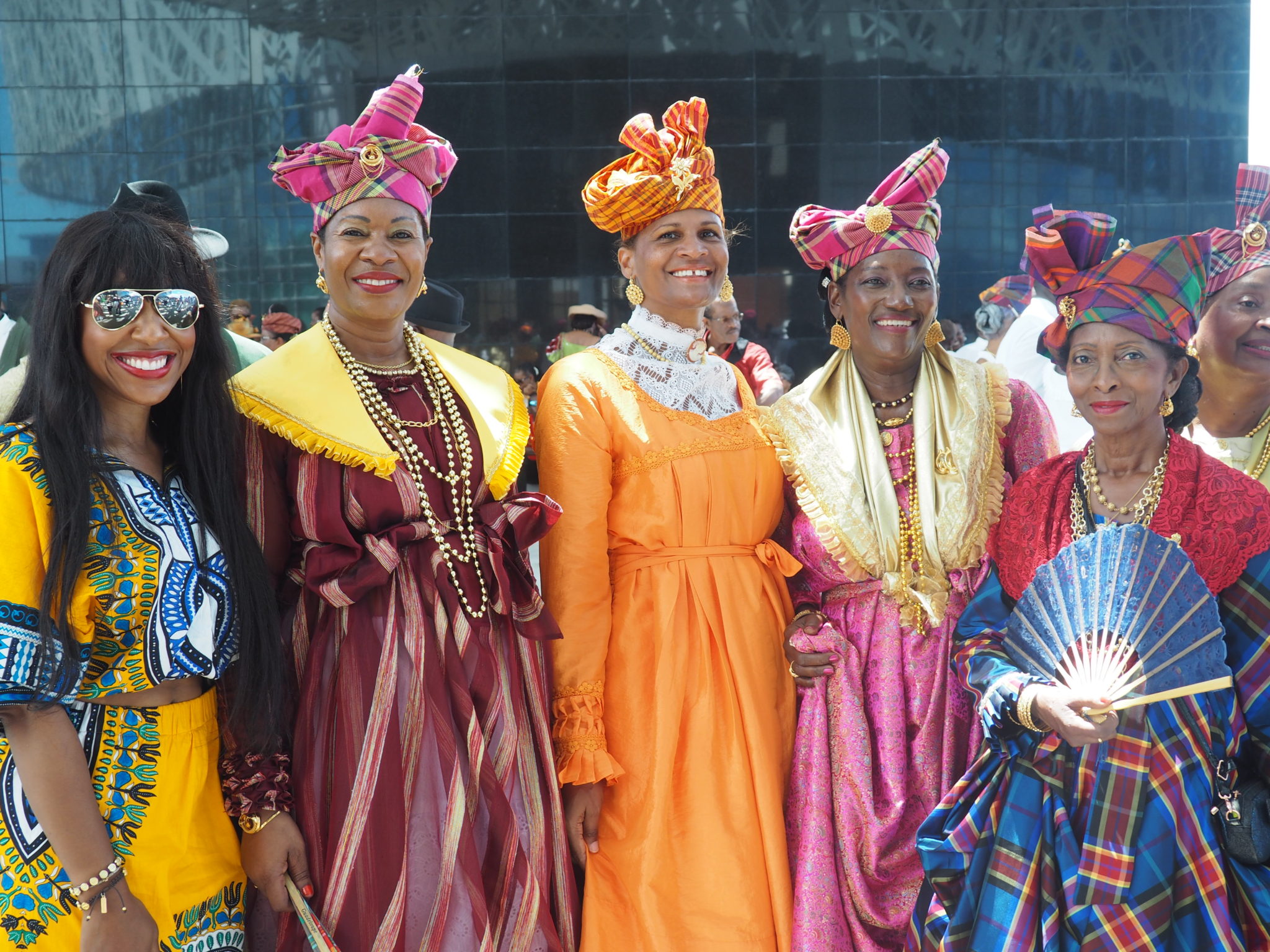 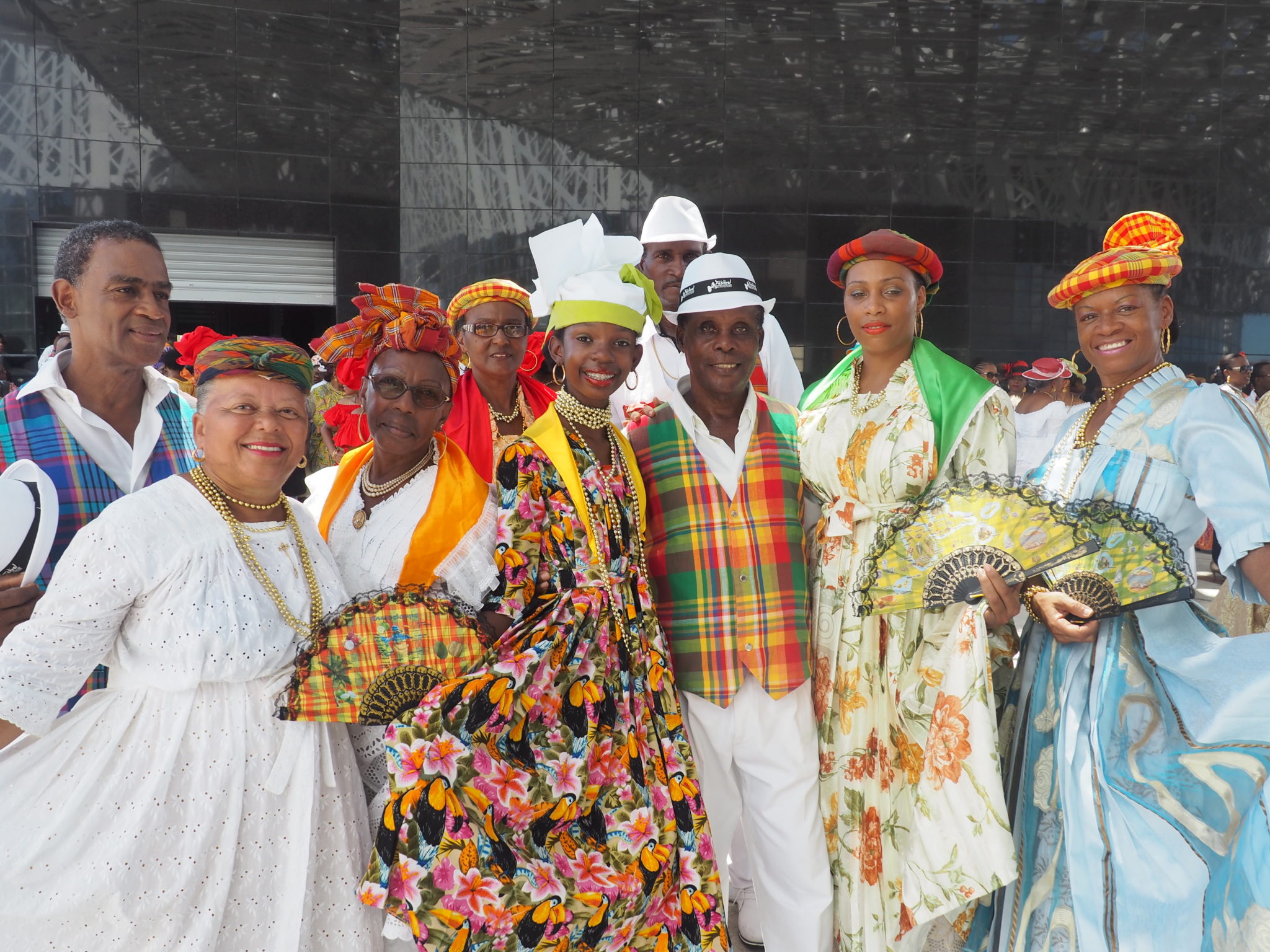