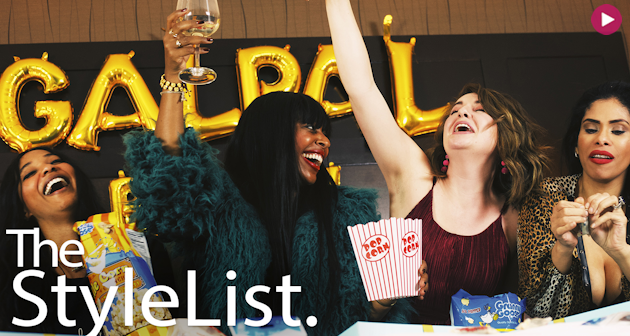 This week on The StyleList, we caught up with some of the best golfers in the world at the 2018 Genesis Open, we also got a sneak peek of the LA Times Food Bowl and we’re closing out Awards Season with our very own Oscars Viewing Party at the Orlando Hotel in Los Angles.

The 2018 Genesis Open brought championship golf to The Riviera Country Club with some of the best golfers in the world. One of the most historic and longest running events on the PGA TOUR, Bubba Watson claimed the winning spot, taking home the trophy, $1.2 million and an all-new Genesis G80 Sport.

The Genesis Open kicked off with a the Pro-Am where a few golf-loving celebs tested their skills on the course alongside Tiger Woods including Mark Wahlberg, Sugar Ray Leonard, Cedric the Entertainer, NBA legend Julius Irving and more!

We joined LA Times for a sneak peek of their annual FOOD BOWL, a month-long event in May celebrating some of the best bars, restaurants and top chefs in Los Angeles. With more than 250 droll-worthy events highlighting LA’s food and drink scene, this unique food festival is not one to miss! We caught up with LA Times food critic Jonathan Gold to get a taste of what to expect at their years event.

It has been a milestone year for ladies in Hollywood with the Women’s March, along with the #metoo and #timesup movements. To closeout awards season celebrating girl power, we decided to throw our very own Oscar Viewing Pajama Party with a few gal pals at the Orlando Hotel, a newly renovated 95-room trendy boutique hotel in Los Angeles.

The Oscars red carpet did not disappoint. Hollywood’s leading ladies brought their A-game to the red carpet with a variety of standout gowns and best-dressed looks.  In addition to the big winners of the night, one of the highlights included several musical performances featuring this year’s nominated songs.

Mary J. Blige gave a stellar performance singing “Mighty River,” from “Mudbound,” a song she co-wrote with Raphael Saadiq. Also nominated this year for Best Actress in a Supporting Role for “Mudbound,” she is the first person to be nominated for both a performance and Original Song in the same year.

Show us how you celebrated the Oscars on social media @styleandsociety and tune in next time for another episode of  ‘The StyleList’—Your weekly roundup of the hottest fashion, trends and pop culture on ONX. Hosted by Kinya Claiborne, STYLE & SOCIETY Magazine.