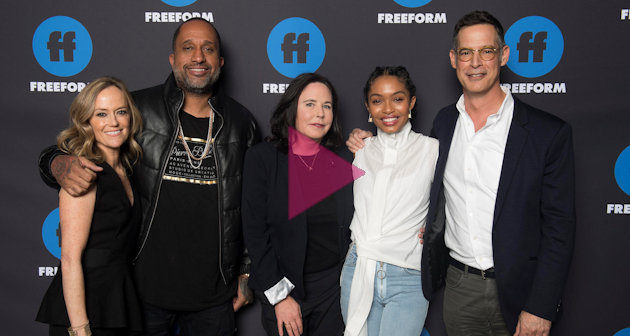 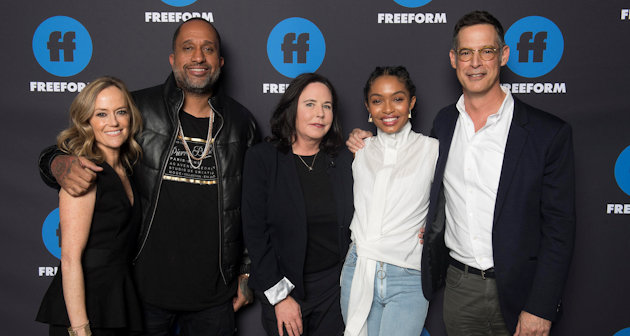 Freeform hosted its first-ever summit at Neuehouse Hollywood on January 18. The inaugural event drew a slew of the network’s cast, executives and showrunners from much-loved series like “grown-ish,” “Alone Together,” “The Bold Type,” and “The Fosters,” all under one roof to foster an important discussion on social change, activism, gender stereotypes, #MeToo moments and the rise of the empowered female on television. After posing for photographs and answering reporters’ questions on the red carpet, attendees migrated to the inside of the spacious clubhouse, where champagne and finger-food circulated in abundance.

“If you look at the structures we’ve been destructing, they’re inherently flawed structures,” Yara said eloquently. “There’s so much history that’s been left out intentionally that we are now regaining, and I think with that regaining comes a certain pride in one’s self and pride in one’s past that we haven’t had. And with that, we’re armed with the knowledge to carry on.”

Though Yara was brought on to discuss how millennials are shaping the future—their reputation, triumphs and setbacks—she was also in for a major surprise. During the conversation, Kenya casually informed Shahidi that her show, “grown-ish,” was renewed for another season. Yara paused to take in the big news before bouncing up from her chair to receive hugs from fellow panelists and an excited onslaught of cheers and applause from the audience.

Other panels included “Understanding and Cultivating Love On and Off Screen,” “Exploring the Narrative Without Exploiting It” and “From Comics to Screen — Creating Marvel’s ‘Cloak and Dagger,’” were loaded with stars and executives from the network’s shows to discuss social media, female empowerment, LGBTQ portrayal and the #MeToo movement.

During the network-wide event, other announcements were made. Freeform’s highly anticipated “Marvel’s Cloak & Dagger”—which follows two teenagers as they wrestle with newly acquired superpowers—is slated to premiere on June 7 with a two-hour pilot. “The Bold Type,” a comedy-slash-drama based on the life of former Cosmopolitan editor-in-chief Joanna Coles, will return for a second season on June 12, with Nikohl Boosheri and Stephen Conrad being given a series-regular status. Freeform’s original series “Famous in Love” will also return for a second season. Moreover, the network released a cast photo from its upcoming mermaid drama “ Siren.”