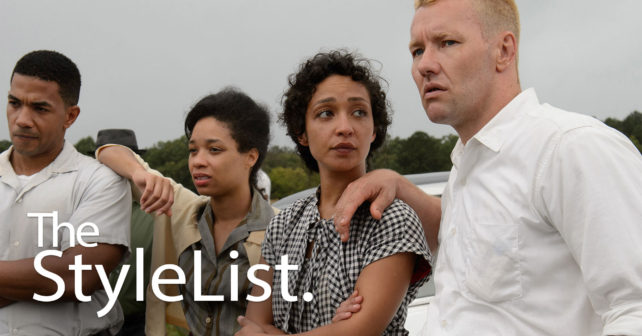 Awards Season is upon us with a rich selection of amazing movies that went from Broadway revivals to the big screen, some based on true stories, and also beautiful coming of age tales. Here are our Top Five Must See Movies this Awards Season.

Originally a Pulitzer Prize-winning play, Fences can now be seen at a theatre near you thanks to director and male lead Denzel Washington, who also previously starred in the Broadway play. Fences follows Troy played by Denzel Washington and Rose, played by Viola Davis along with their family who is depending on Troy to support them as a sanitation worker. This movie was nominated at the Golden Globes for Best Performance by an Actor for Denzel Washington, and won Best Performance by an actress for Viola Davis, in addition to several other nominations.

Hidden Figures brings to the big screen the little known story of three amazingly intelligent Black women at NASA that aided in the launch of Astronaut John Glenn into orbit. The film stars some of your favorites like Taraji P. Henson, Janelle Monae and Octavia Spencer, who was nominated for a Golden Globe for best supporting actress. Before it’s release there was Oscar talks surrounding Hidden Figures and we especially hope all three ladies can grace the stage once again to take home another award for Best Acting Ensemble.

There was once a time when simply loving someone could land you in jail, which was also the reason behind one of the most historic Supreme Court battles. In Loving, we follow along as interracial couple Mildred Jeeter and Richard Loving fight for their right to love. The film has been nominated for an NAACP Image Award for Outstanding Motion Picture in addition to lead actress Ruth Negga being nominated for several Best Actress Awards, including a Golden Globe.

Moonlight was one of the most critically acclaimed movies of 2016 and is sure to rack up awards this season. Based on the coming-of-age tale, In Moonlight Black Boys Look Blue, we follow along as the protagonist Chiron goes through major stages of his life. Dealing with a drug addicted mother and finding solace and security in a drug dealer are just a couple plot twists that should make you want to grab your popcorn and head to the movies. Moonlight was nominated for six Golden Globes and took home one for Best Drama Motion Picture.

The Birth of a Nation

After its raving Sundance Premiere, The Birth of a Nation resulted in a record-breaking deal from Fox Searchlight buying its worldwide rights for a whopping $17.5 million. This story is based on the historical slave rebellion led by Nat Turner in 1831. It’s stars Aja Naomi King, Gabrielle Union and lead Actor and Director Nate Parker. Although the film may not have cleaned up at the box office like anticipated, it still managed to get 6 NAACP Image Award nominations.

What’s your favorite Oscar worthy film this awards season? Tune in every Friday for ‘The StyleList’—Your weekly roundup of the hottest fashion, trends and pop culture on ONX. Hosted by Kinya Claiborne, STYLE & SOCIETY Magazine.