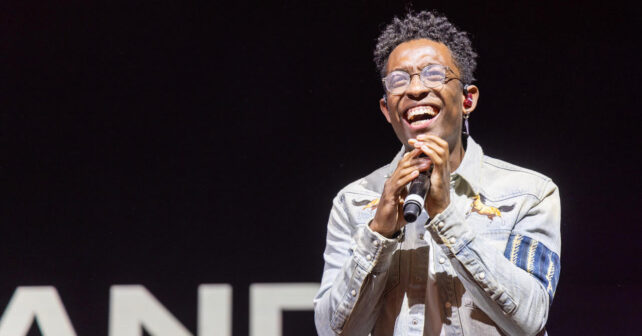 Beach Boys joined the country duo LoCash on stage to perform the LoCash hit song “Beach Boys” before launching into two Beach Boys classics, “Kokomo” and then “Fun, Fun, Fun.” A nod to soul music’s influence to the country genre, Smokey Robinson brought Motown to the hoedown during his set donning a black suit jacket encrusted with gold designs all over to perform hits “Being With You”, “My Girl”, “Just To See Her,” and “The Tracks Of My Tears.”

Breland may be a relative newcomer who calls his blend of music “cross country,” but the critical acclaim, buzz, and accolades he’s garnered thus far have made him one of the hottest rising stars and highly sought-after collaborators in country music. He dazzled the Stagecoach crowd with his hit songs “Throw It Back” (Keith Urban), “My Truck” (Sam Hunt) “High Horse” (Nelly), and “Praise The Lord” (Thomas Rhett) and “Beers On Me” (Dierks Bentley and HARDY) during his late-night set that included special guest Taylor Lautner.