Genesis Continues to Elevate Modern Luxury at The Genesis Invitational 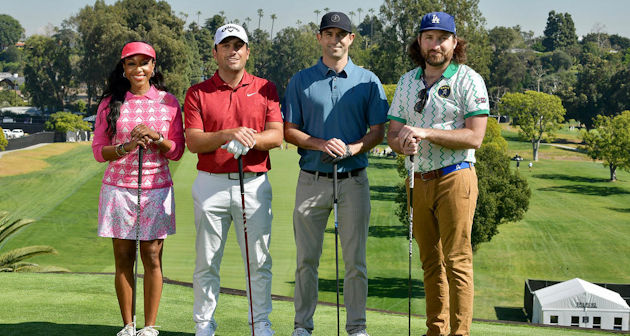 For its sixth consecutive year with Tiger Woods as host and Genesis as the title sponsor, the world’s best golfers competed at the prestigious 2022 Genesis Invitational where Joaquín Niemann took home the Genesis Invitational trophy. The 23-year-old Chilean edged Collin Morikawa and Cameron Young by two shots and received a new 2022 Genesis GV80 plus 18 percent of the $12 million purse, bringing the winner’s share to $2.16 million. The tournament hosted 120 world-class golfers, including Dustin Johnson, Justin Thomas, Rory McIlroy, Jordan Spieth and more!

Raising the bar on modern luxury, Genesis displayed their fleet of luxury vehicles throughout the tournament grounds where guests had the chance to get up close and personal with the entire Genesis lineup including the G80 executive sedan, the G70 sport sedan, the GV60 crossover, and the GV70 and GV80 SUVs. In addition, the 2023 Genesis G90 flagship sedan made its public debut at the tournament with a completely redesigned, elegant look that reflects the bold new direction of the Genesis brand.

The tournament kicked off with an exclusive pairings party followed by The Genesis Invitational Pro-Am, where groups of three amateur golfers joined one of the top 50 players in the field. PGA Tour Pro’s included Francesco Molinari, Joaquín Niemann, Dustin Johnson, Justin Thomas, Rory McIlroy, Jordan Spieth, Viktor Hovland, Harold Varner III and more who tested their skills against Riviera in the final tune-up before competition began.

Giving back to the community has always been an area of focus for The Genesis Invitational. During the tournament, Genesis announced the launch of its new corporate social responsibility initiative Genesis Gives with inaugural donations of $100,000 each to First Tee, Girls on the Run and the U.S. Soccer Foundation to enhance youth performance in sports and STEAM education in under-resourced communities nationwide.