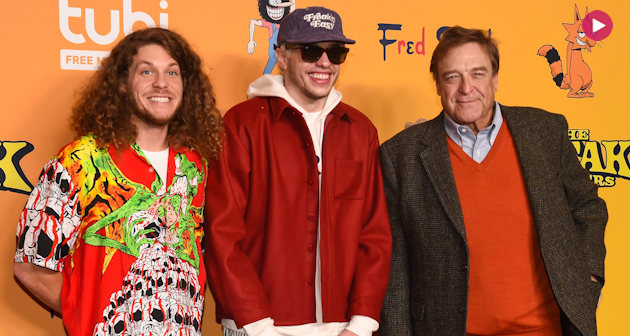 The series debuted on Tubi on November 14, 2021, after it was resurrected from the original comic series by artist Gilbert Shelton that debuted in the late ‘60s and into the ‘70s. The Freak Brothers is set in modern-day San Francisco and features four cannabis-loving, time-traveling “Freaks” from the late 1960s. After smoking a magic strain of weed, Franklin (Woody Harrelson), Phineas (Pete Davidson), Freddy (John Goodman), and Kitty (Tiffany Haddish) are Rip-Van-Winkled into the future. They wake up 50 years later and have to navigate the modern world, and befriend Chuck (Adam Devine) & Charlie (Blake Anderson), Harper (Andrea Savage), Gretchen (La La Anthony) and ScHoolboy Q along the way.

New Episodes of THE FREAK BROTHERS drop every Sunday on Tubi through December 26. Now open to the public, visit the Fred Segal on 8500 Sunset Blvd in Los Angeles for an immersive Freak Brothers experience now through Saturday, January 15.