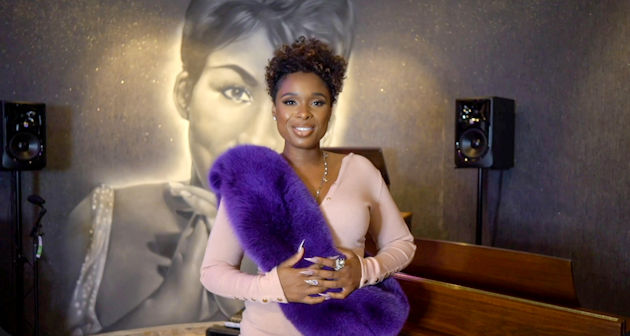 Carousel of Hope hosted a star-studded line-up of talent for the 2020 Carousel of Hope Ball, put on by the Children’s Diabetes Foundation, which raised over $1 Million for clinical care and diabetes research for the Barbara Davis Center for Diabetes. Now in their 34th year, the event included Jay Leno as master of ceremonies, David Foster as music director, and Clive Davis and Quincy Jones as music chairmen. In partnership with PEOPLE, the legendary biennial event streamed exclusively on PEOPLE.com/Carousel.

The program ended with a stunning group performance of, “That’s What Friends Are For,” led by Dionne Warwick, Gladys Knight, Cynthia Erivo, Sam Smith, and Kenny G. Other standout performances throughout the program included a soaring duet of “The Prayer” with Andrea Bocelli and Pia Toscano accompanied by David Foster, Tony Bennett dedicating his classic “The Way You Look Tonight”, Barry Manilow joined by a choir of singers for “One Voice,” Gwen Stefani and Blake Shelton singing their new hit “Happy Anywhere,” Erivo and Adam Lambert lending their incomparable vocals to “I Knew You Were Waiting,” and Deborah Cox paying tribute to frequent Carousel guest and performer Whitney Houston with her own rendition of “I Wanna Dance With Somebody.”

Since its inception in 1978, the iconic event has been a Hollywood favorite, uniting entertainment, sports, and business industry leaders from all areas for a night dedicated to raising awareness and, ultimately, finding a cure for diabetes.

Diabetes, which afflicts over 30 million people in the United States alone, is rapidly on the rise. It is estimated that each year, approximately 50,000 Americans are diagnosed with type 1 diabetes. Of those, 25,000 are children. The Carousel Balls have raised more than $105 million to date, with proceeds benefitting the Children’s Diabetes Foundation and the Barbara Davis Center for Diabetes.