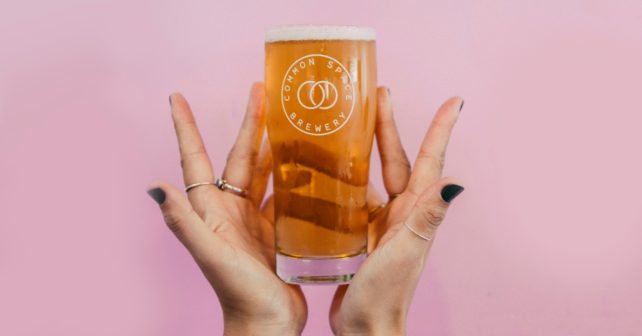 Known for their ales, lagers, and IPAs, Common Space Brewery is a hidden gem located in the South Bay community of Hawthorne near the Los Angeles Airport. They independently brew craft beer featuring a full-sized production system. It makes nearly 800 gallons of beer at a time! Also it’s a small-scale pilot batch system that makes just a few keg’s worth. There is even a spacious on-site taproom with 1,000-square-foot outdoor patio. Which is inspired by and designed to replicate the beer gardens of Munich.

Brewmaster Kushal Hall leads the brewery at Common Space with autonomy in developing recipes from scratch. He believes “Great Beer Gives Back”. Black Lives Matter is the inspiration for his newest brews at Common Space. So they focus on advancing the Equal Justice advocacy work including Black Is Beautiful. Also proceeds go to Campaign Zero, and Take Action, a citra-forward IPA with all proceeds going to Black Lives Matter LA. The Take Action IPA can art was created by Devon Blow, with a focus is to inspire and empower vulnerable, marginalized, neglected and disenfranchised communities; and to celebrate cultural expression in all forms.

Also if you’ve got a sweet tooth, try the newly released Coolhaus Awesome Ice Cream Beer inspired by the Chocolate Chip Tahitian Vanilla Bean Ice Cream Sandwich from Coolhaus. The brews are available at Common Space Brewery for pick up, local delivery, and at select retailers.