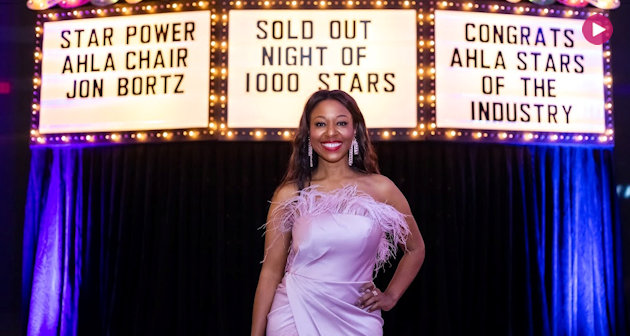 The American Hotel & Lodging Foundation (AHLA Foundation) hosted a Night of A Thousand Stars where the hotel industry joined together to elevate, empower and educate.  Attendees included Jon Bortz who was officially inducted as AHLA Chair of the Board members, AHLEF’s Board of Trustees, members of AHLA’s Board of Directors, winners and finalists of the AHLA Stars of the Industry Awards, Style & Society’s Kinya Claiborne and other leading hotel industry executives from hotels across the country.

During the program, the AHLA Foundation announced a bold vision for the future of workforce development for the hotel industry including a $750,000 commitment to expand its Empowering Youth Program from six cities to 10, bringing the Foundation’s total commitment to over $1.75 million. With this substantial investment also comes a commitment to train and certify 8,000 opportunity youth who are out of work and out of school but have the resiliency to succeed – by 2023. This year, the Foundation plans to roll out the program to four additional markets: San Francisco, Denver, Phoenix and Atlanta.

The event raised over $700,000 benefitting the AHLA Foundation’s mission of helping people build careers, improve their lives and strengthen the lodging industry.  The Foundation provides innovative programs to recruit, retain and invest in employees, including scholarships, debt-free college and expanded apprenticeship programs.  Since 1953, the Foundation has distributed over $27 million in support of the industry to ensure a strong and viable workforce for the entire lodging industry.