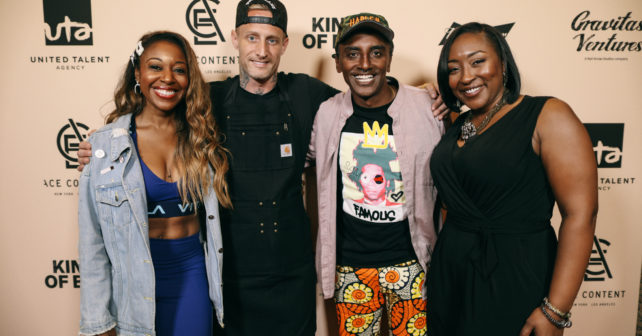 Budweiser hosted the world premiere of KINGS OF BEER at United Talent Agency in Los Angeles on July 29.  Directed by Sean Mullin, the documentary provides a never-before-seen look at the rigorous standards and intense competition that characterizes the brewing of the world-renowned “King of Beers”. It centers on a diverse group of elite Brewmasters from around the globe who complete to brew the world’s most iconic American Lager, Budweiser.

Judged by an illustrious group of experts who are sequestered deep within the historic walls of “Room 220” (St. Louis, Missouri), the most renowned room in the brewing world, which is responsible for ensuring the quality of over a quarter of the world’s beer, the Brewmaster who can brew the best, most consistent American Lager over a 12-month period will bring home the coveted Global Brewmaster Cup.

The film is currently available for pre-order on iTunes.

@cynthiaerivo and more on the red carpet at the 20