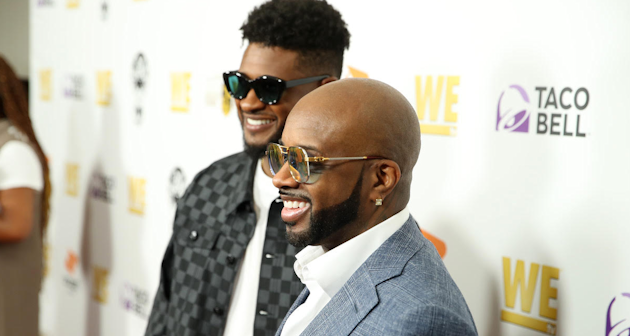 Jermaine Dupri and So So Def Recordings teamed up with WE tv to host an exclusive red carpet event and screening of the new documentary “Power, Influence & Hip Hop: The Remarkable Rise of So So Def” at The London Hotel in Los Angeles. JD was joined by celebrity friends Usher, Bow Wow, Da Brat, Larenz Tate, Jackie Long, Eddie George, Style & Society’s Kinya Claiborne and more.

“Power, Influence & Hip Hop” centers on the legendary producer and songwriter as he chronicles the early days of So So Def, and how the collective came to shape Atlanta’s music scene, and influence the entire Hip Hop culture. Featured in the documentary are original interviews with some of Dupri’s closest colleagues and friends like Mariah Carey, Usher, Snoop Dogg, Will.I.Am, Da Brat, Bow Wow and Nelly, along with never-before-seen archival footage that sheds a whole new light on one of the most revered record labels in music.

Following the red carpet and screening, the celebrities and guests enjoyed an after party on the rooftop, with music, cocktails, small bites and an ice cream cart.

The documentary airs on WE tv on July 18.