TAG Heuer Celebrates 50 Years of the Monaco in NYC 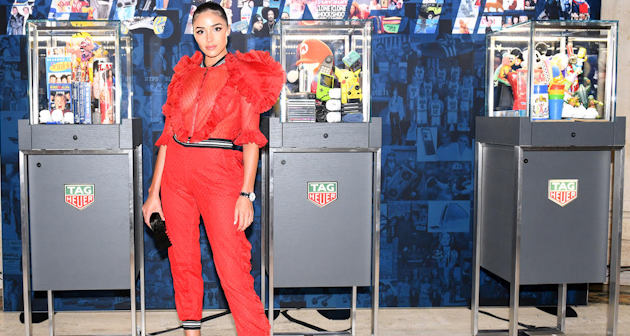 Upon arrival, guests walked through a TAG Heuer heritage exhibition before entering the majestic event location. To unveil the timepiece, a spectacular light show illuminated the grand hall with neon lights and video projections showcasing the history of the TAG Heuer Monaco, leading up to the reveal of the latest limited edition inspired by the 1990s.

To commemorate the 50-year milestone, TAG Heuer is launching five new Monaco watches throughout the year that are inspired by the different decades from 1969 to 2019. The first of these models, inspired by the years 1969 to 1979, was unveiled at the Monaco Formula 1 Grand Prix in May, while the second limited edition, celebrating the period from 1979 to 1989, was presented in June in Le Mans, France. The third edition of the new Monaco watch, inspired by the 1990s, made its grand debut last night.

The celebration seamlessly paves the way for the 2019 New York City E-Prix, a Formula E Championship race on July 13 and 14 in Red Hook, Brooklyn.