Aladdin Stars Hit the Magic Carpet for the Hollywood Premiere 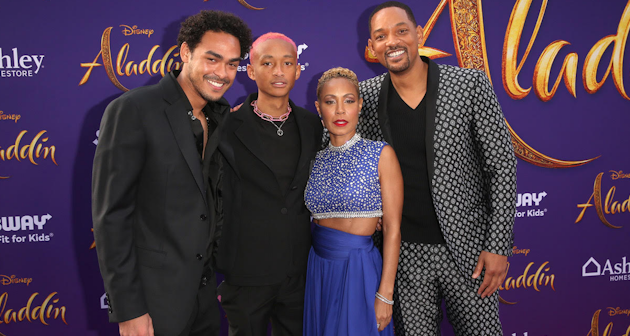 The stars of Disney’s Aladdin dazzled theater-goers and fans alike at the legendary El Capitan Theater on May 21 for the live-action film’s premiere in Hollywood. A thrilling and vibrant live-action adaptation of Disney’s 1992 classic, “Aladdin” is the exciting tale of the charming street rat Aladdin, the courageous and self-determined Princess Jasmine and the Genie who may be the key to their future.

Directed by Guy Ritchie, who brings his singular flair for fast-paced, gritty, visceral action to the fictitious port city of Agrabah, “Aladdin” is written by John August and Ritchie based on Disney’s “Aladdin.” Alan Menken provides the score, which includes new recordings of the original songs written by Menken and lyricists Howard Ashman and Tim Rice and new music written by Menken and songwriters Benj Pasek and Justin Paul.

Other stars in attendance included Helen Mirren, Terry Crews, Alfonso Ribiero, and Jada Pinkett Smith. After the show, guests headed to The Roosevelt Hotel for the official after party, which served as a fantastic continuation of the magical night.