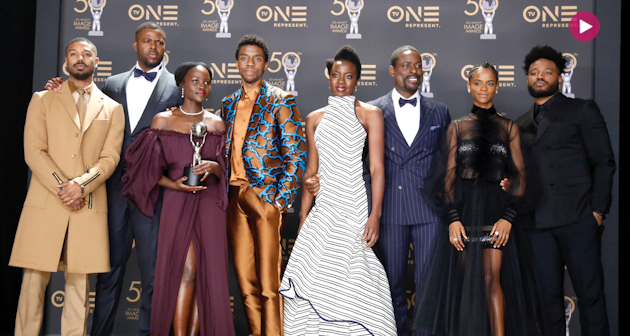 The 50th NAACP Image Awards, the premiere multicultural awards show, celebrating the accomplishments of people of color were announced during the live broadcast on TV One from The Dolby Theatre in Hollywood. Honoring the best in television, music, literature and film, the live special was hosted by Anthony Anderson, who also doubled as nominee, and took home the award for Outstanding Actor in a Comedy Series for his role on black-ish.

Additional winners included radio host and personality Tom Joyner who was presented with the Vanguard Award, which recognizes an individual whose groundbreaking work increases our understanding and awareness of racial and social issues and NE-YO, who was awarded the inaugural Black & Positively Golden Music Honor Sponsored by McDonald’s, and Shawn “JAY-Z” Carter” who NAACP President Derrick Johnson presented with the prestigious President’s Award.

Below is a list of award highlights from the 50th NAACP Image Awards:

Outstanding Actor in a Comedy Series

Outstanding Actress in a Comedy Series

Outstanding Actor in a Drama Series

Outstanding Actress in a Drama Series

Outstanding Actor in a Motion Picture

Outstanding Actress in a Motion Picture

Special Award – Entertainer of the Year