Inside the Tiger Woods-hosted 2019 Genesis Open 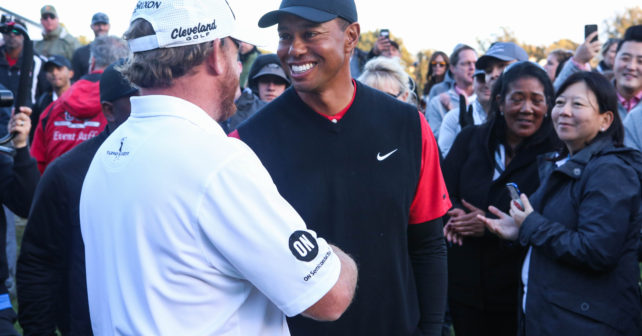 J.B. Holmes won his fifth PGA TOUR title at the Genesis Open, a 72-hole tournament hosted by Tiger Woods at The Riviera Country Club in Los Angeles. Playing alongside Bubba Watson, Dustin Johnson, Justin Thomas and tournament host Tiger Woods, Holmes walked away with an all-new 2019 Genesis G70 and earned $1,332,000 from the $7.4 million purse. He also received 500 FedExCup points, vaulting him from 61st to ninth in the PGA TOUR’s FedExCup standings.

At the Genesis Open, luxury automotive brand Genesis partnered with the PGA TOUR, TGR Live and TGR Foundation for the third year in a row to provide a premium experience for golf fans. Guests enjoyed numerous activities and public spaces that honored the game of golf while showcasing the Genesis line of award-winning luxury vehicles. Fans learned to putt like the pros at Hole 14’s Genesis Performance Lab. After having their putting stroke captured in front of a TrackMan golf simulator, participants will received a one-on-one coaching session with a PGA pro based on analysis of the data.

The Genesis Open is operated by TGR Live and raises funds and awareness for the TGR Foundation, with proceeds from the event going to support the foundation’s college-access programs in Southern California. Through its award-winning STEM curricula, college- access programs, digital platforms and educator professional development, the TGR Foundation offers underrepresented students the resources and support needed to thrive in school and beyond.