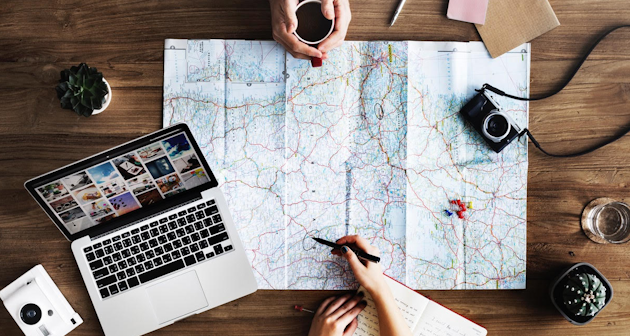 It doesn’t take too much effort to point out some of the most exciting and popular vacation destinations around the United States. It’s a huge country, but one with very recognizable highlights: New York and Los Angeles, Miami’s South Beach, the ski slopes of Vail, the Grand Canyon…. Really, you could make a list of about 10 places that first come to mind as USA travel destinations.

In such a big, dense country though, it stands to reason that there would always be newly popular destinations mixed in as well. That is, while places like New York and Los Angeles are constantly popular, there are always up-and-coming options here and there as well. Checkout our list of trending must-see travel destinations right here in the USA.

There’s a sort of widespread perception that Chicago is the only city worth visiting in the upper Midwest of the United States. In recent years though, the Minneapolis-St. Paul area, also known as the Twin Cities, has started to give Chicago a run for its money. Minneapolis is the most populous city in Minnesota and offers that big city feel, with high-rise buildings, a burgeoning restaurant scene, professional sports franchises, museums, and most everything else you’d expect. St. Paul is somewhat more intimate but is also the state capital, and comes with its own charms including parks, a zoo, and a location right on the Mississippi River. Additionally, the areas just outside the Twin Cities are packed with opportunities for hiking, river canoeing or rafting, and more on the adventure front. All in all it’s a wonderful place to vacation, and seems to be catching on as such.

Oregon has a certain reputation as a pretty place to visit. Portland is one of America’s prettier cities and one closely tied to the gorgeous nature around it. Oregon is also known for its wine country, as well as some large protected areas such as Crater Lake National Park and Willamette National Forest. Bend, however, is only just starting to make waves as a destination. It’s a relatively small city located on the eastern edge of Willamette National Forest, near the center fo the state. Essentially, it’s the perfect place to stay if you want an outdoors-focused vacation to this gorgeous state. There are hiking trails, biking trails, and underrated ski slopes all in close proximity. You get small town charm with all of the exciting adventures associated with more major mountain destinations up and down the U.S. West.

Atlantic City has gone through the ringer, having been an up-and-coming destination before, and then one on a sharp decline. It seems though that the U.S. East Coast’s biggest casino resort hub is on the rise yet again. This can be attributed at least in part to a growing culture of online casino gaming, where a variety of game offerings has lured visitors from other states and pumped money into what once looked like a zombie industry. Some of that money appears to be helping to revitalize the city at large, and it’s as if people have suddenly realized that there’s a lot to love about Atlantic City. Casino resorts, surprisingly lovely beaches, old local restaurants, and the famous boardwalk all make for a fun-filled getaway, and there’s a bit of an energy to the place that hasn’t been there for years.

Cincinnati is one of the most interesting cities in the U.S. that no one ever seems to talk about. This is partially because it’s about as close to being in three states at once as any major city can claim to be, located in southwestern Ohio, across the Ohio River from Kentucky and not far from the Indiana border to the west. As you may imagine this leads to a sort of blended cultural history that makes Cincinnati almost inexplicably interesting, and people seem to be catching on. Throw in an active sporting scene, a very active artistic community, and terrific beer and bourbon culture – as well as the beautiful layout of the city itself – and you can certainly see the appeal.

Hawaii doesn’t need a whole lot more publicity than a simple picture of any of the islands gives it. It’s very clearly one of the most beautiful and relaxing places in all of the U.S., and it’s full of specific beach destinations, resorts, and towns that register on international tourists’ radars. But the word is getting out about Kapa’a. It’s been called one of Hawaii’s best little beach towns and has been mentioned on both U.S. and international lists of destinations on the rise. Its appeal is not unlike that of other Hawaiian cities, and in fact it’s not even particularly small. But with much of the tourist attention typically focused on Maui and Oahu, Kapa’a is a fun destination to consider on the island of Kauai.