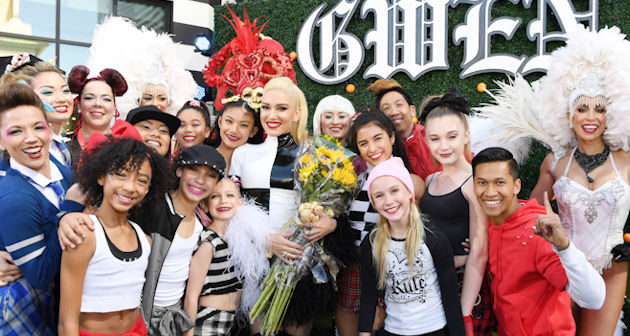 Gwen Stefani spent her childhood and adolescence in Anaheim, California, a suburban girl living just a stone’s throw from Disneyland. It was her older brother, Eric, who founded No Doubt, the hybrid ska/punk/rock band that would help Stefani make her way into the musical limelight with their 1995 breakout album, Tragic Kingdom. The band’s unique sound coupled with Stefani’s platinum blonde hair, red lips and punk rock fashion sensibility, brought the singer to Rockstar status in the 1990s.

With lyrics torn from the pages of Gwen’s personal diary about falling in love, breakups, makeups and mending a broken heart, her music has always drawn in listeners with its raw vulnerability. Her down-to-earth nature and self-deprecating sense of humor helped to seal the deal with fans, making her one of the most successful female recording artists of the past twenty-three years.

Her first solo album, 2004’s Love. Angel. Music. Baby. and L.A.M.B. fashion label, catapulted her into the music and style icon stratosphere in the early 2000s. Follow up albums like 2006’s The Sweet Escape and No Doubt’s 2012 reunion album, Push and Shove capped off two decades of non-stop recording and touring for the Grammy winning artist, as she focused on raising her three sons with then husband, Bush lead singer, Gavin Rossdale.

In the summer of 2015, the California girl experienced a seismic 8.5 earthquake in her personal life when her marriage to Rossdale imploded amidst a cheating scandal. An unexpected romance came in the form of country crooner, and Gwen’s The Voice costar, Blake Shelton, whom the Hollaback girl began dating later that same year. Gwen then did what she does best, pouring her emotions into her most personal music to date, with 2016’s This Is What the Truth Feels Like album and a subsequent tour.

This summer the hitmaking mom of Kingston, 11, Zuma, 9, and Apollo, 4, is preparing to embark on her Las Vegas Residency at Zappos Theatre at the Planet Hollywood Resort & Casino. It’s called, what else? Gwen Stefani: Just A Girl – an homage to her first single to make the Billboard Hot 100 Chart and her own personal anthem that she says still holds true today.

You’re taking the audience on a journey of your life, and to do that you have to have lived.

“Exactly! And I also think people who are going out for that weekend in Las Vegas, it’s so different from, for example, if I’m performing in Philly and it’s about Philly culture, and the audience is just coming out for that one night and getting a babysitter. You know what I mean? This Vegas show is a bigger commitment for people. They’re going for the weekend and they’re making a memory. You’re competing with the Las Vegas nightlife, you’re competing with the gambling, the partying and with the hotels and all the expenses. It’s a big commitment for people, and they’re coming to me from all over the world.”

You went to see Jennifer Lopez’s Las Vegas show, All I Have. I’m assuming the two of you discussed her Las Vegas Residency. Did she give you any advice?

“Me and Jennifer, I’ve always looked up to her in the sense that we’re exactly the same age, and I remember when No Doubt was coming out and she hadn’t done Jenny from The Block yet, but she had that song out, Waiting for Tonight. At the time I was working with Prince and he started comparing me and Jennifer, and at that time I didn’t even see how I was in the same category with her. She was Jennifer Lopez and I was in a band called No Doubt (laughs). But now here we both are doing these residencies all these years later, and we’ve known each other through the years. She’s always invited me to her kids’ birthday parties and things like that. She is a crazy worker. I cannot believe how much she works! I know I do, but I look at her and I’m like, “Wow!”

“I know. I don’t understand it. Going to see her, and I’d never seen her do a performance live, I was studying the production of her show. The show was incredible, and she works so hard on stage. I admire her a lot and it was so inspiring to see… and scary! When I came backstage to talk to her afterwards, she comes out of the dressing room looking like a Barbie Doll. She was breathtaking on stage, but when you see her up close, it’s like, “What?! It’s not possible. You are so gorgeous!” She was just so glamorous. We talked for awhile and she was like, “Yeah, I’ve just done 100 shows…” And I’m like, “Whoa, that’s a lot of shows!” (Laughs) And she still has forty more to go. She’s really enjoyed it, but she said it is challenging.”

What are you presenting to the audience, artistically, with your Just A Girl Las Vegas Residency? You’re also a fashion designer and you have a strong aesthetic vision. Between the sets and the costumes, how will everything tie together on stage?

“I’ve really tried to put together a show that has a nostalgic feel. The show is full of hit songs that are recognizable and take you back to that time period in your life. And of course, the real reason for doing Vegas is the costumes. I’m working with Rob Zangardi and Mariel Haenn who I’ve been working with now for, I don’t know how many years. They are just incredible. They did Jennifer [Lopez’s] show, and they’ve also worked with Jennifer for years. They really get me. I think there’s going to be about five costume changes, which is a lot for me considering that with No Doubt I never did any.”

Has Blake had any creative input with this Las Vegas show?

“Obviously he’s my best friend, so I’m bouncing stuff off him all the time. He’s one of those people in my life that’s super supportive and gets me motivated. There’s a whole bunch of songs about him in the show, so that’s fun. Like anybody with their best friend, we share everything together. I’ll tell him, “I picked my dancers. There were 500 girls that tried out!” And I’ll send him videos. Just things like that.”

Did you choose Planet Hollywood as the venue?

“I feel like they chose me, and what’s really cool about it is that Planet Hollywood is also the Zappos Theatre now, and the Zappos team is just incredible. They’re taking over the theatre with their creativity and it has a very futuristic feel. I also give $1 of every single ticket sold to the children’s charity, Cure 4 The Kids Foundation. It’s going to add up to be a crap load of money! It’s something I’m going to be really proud of. You get very motivated about giving and helping, and making a difference, but you really don’t think as one person you’re ever going to in your life. I feel that to be able to get up there and share my story, and then make that kind of money to give away is amazing. I feel so proud of that.”

What’s your routine before you step out on stage? Do you pray? Do you meditate? How do you gear up to give your best performance?

“I don’t meditate. I’m a prayer. I pray, but first I do my makeup (laughs). My makeup is huge for me. I have this song called War Paint. Putting on my makeup and getting ready, there is a kind of meditation in the preparation. Makeup is art, and it’s like getting into character when I put it on. I’ve always done my own makeup for shows. And the praying for me is really important. We do a group prayer circle. In the last few years, and when I toured for the last show, the payer is not just before, but also during [the show]. When I think about how ordinary I’ve always been, and to think that I’ve created all these songs, I don’t know where they come from. I always think that it’s got to be a channeling and it just comes through me. It’s a spiritual thing that has been given to me to share. When I’m in the music, the music takes me right back to those moments in my life. And some of those moments are sickening, you know what I mean? Certain memories are upsetting. That’s why I say this is not just a show for me, it’s my life. It’s real for me and I think that’s why I’m very anxious about it.”

By Allison Kugel, Journaling Fame / Interview has been edited for clarity and length 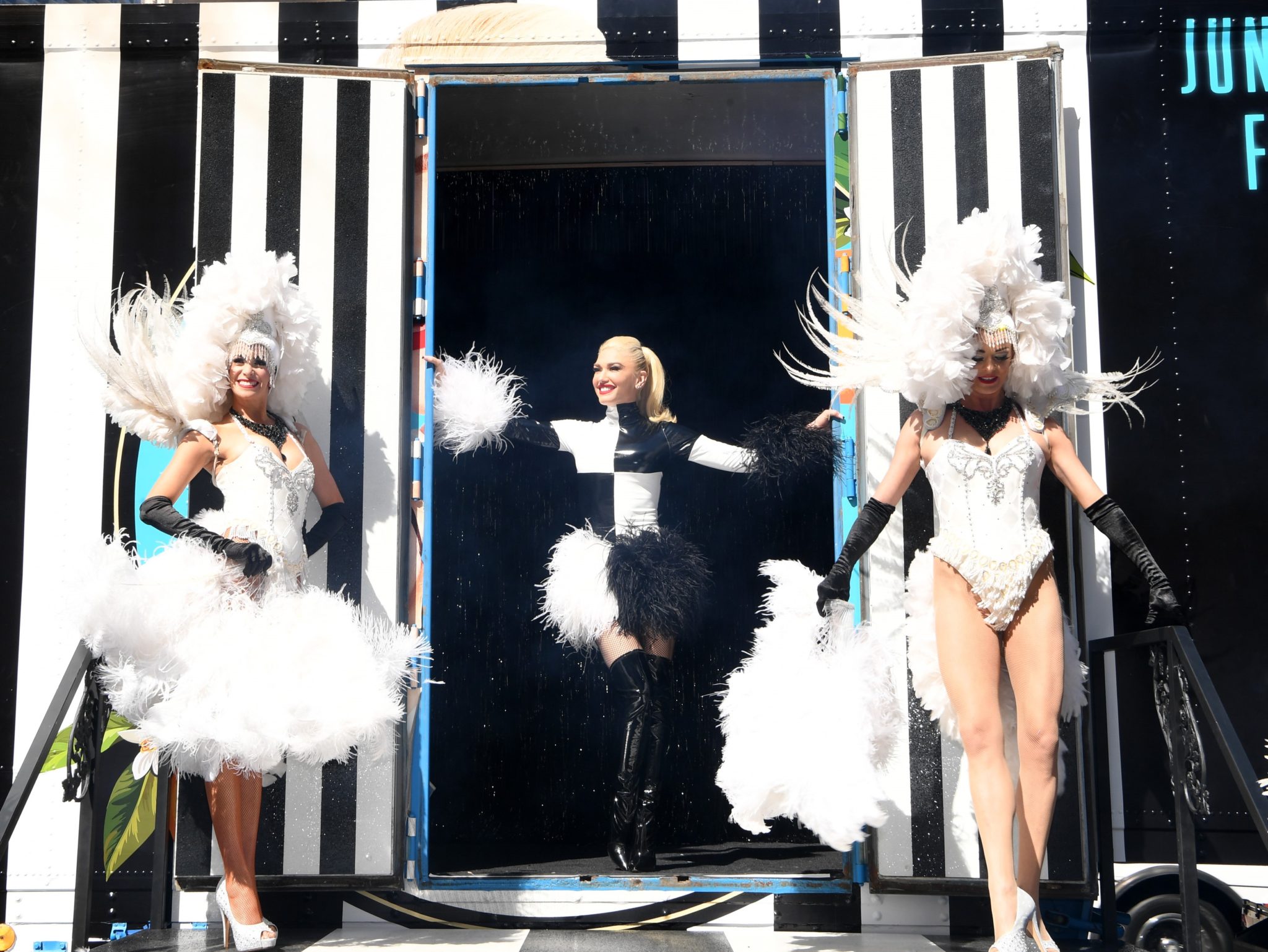 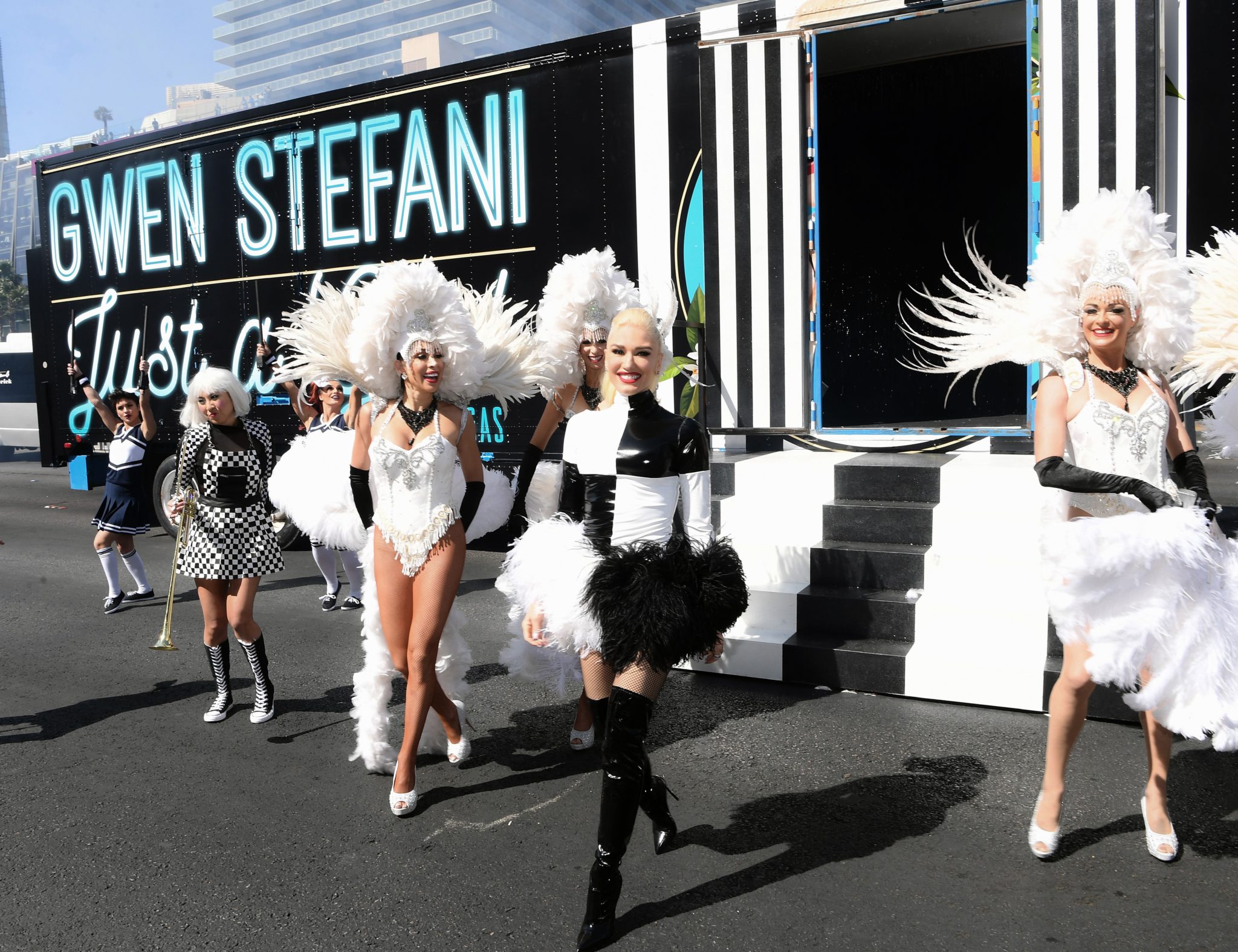