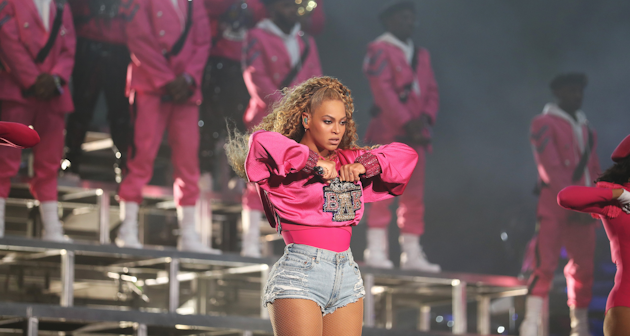 Beyoncé made history at the 2018 Coachella Valley Music and Arts Festival by becoming the first Black woman to headline in the festival’s 19-year run. The jubilant set, housed on a pyramid stage with 150-plus cast members, dutifully in-sync, was the first time the icon returned to her home, the stage, in over one year. The show, with its homage to excellence in education, was a celebration of the homecoming weekend experience, the highest display of college pride. It was the impetus to mark her second scholarship program.

Founded in 2013 during the Mrs. Carter Show World Tour, BeyGOOD is an extension of Beyoncé’s charitable heart. Through impactful dynamic partnerships, BeyGOOD’s mission is to set an example of giving back and paying it forward while empowering others to do the same with what they have in their own commnities.