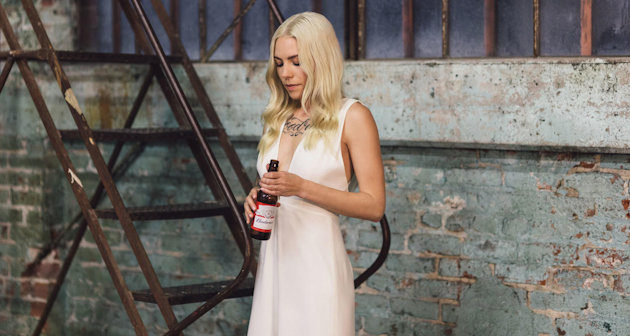 Budweiser unveiled their much-anticipated Super Bowl LII commercial featuring vocals from 5-time Grammy Award nominee, Skylar Grey. Her stirring rendition of the 1961 Ben E. King classic, “Stand By Me,” created and performed just for Budweiser, can be heard as visuals of Anheuser-Busch employees donating emergency drinking water in response to natural disasters appear on the screen. In addition to her musical contribution, a portion of proceeds from Grey’s single will be directly donated to the American Red Cross.

Budweiser, no stranger to the Super Bowl stage, turned the spotlight on its employees, who together over the past 30 years have helped provide over 79 million cans of clean drinking water in response to natural disasters as part of the Anheuser-Busch emergency water program. The commercial is timed with a new company commitment to add a second brewery to its emergency water program to increase its disaster relief efforts by the end of the year.

Over the past 100 years, Anheuser-Busch has partnered with the American Red Cross to support local communities affected by natural disasters. Most recently, they shipped cans of emergency drinking water to the communities hit by Hurricanes Harvey, Irma, Maria and the California wildfires.

Cast of ABC’s “Call Your Mother” with @treac