Nirvana Indian Restaurant is an Oldie but Goodie With New Twist 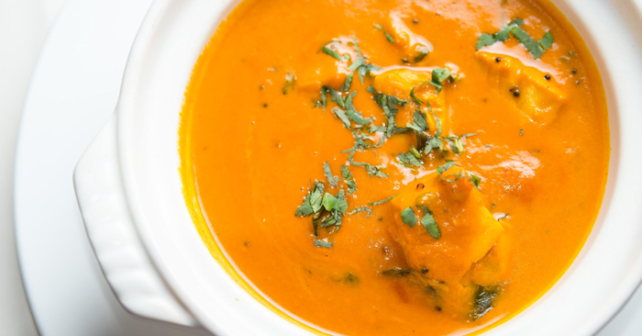 For nearly a decade, Nirvana has been a reliable destination in Murray Hill for flavorful, well-prepared regional Indian cuisine in a serene setting. The bi-level space is calming and inviting. A well-stocked, 14-seat bar downstairs is the ideal spot for a cocktail and a bite from the bar menu, while the lounge area farther back has additional tables for enjoying drinks and small plates pre or post-dinner. Deep red walls and upholstery create a feeling of warmth and comfort.

If you’re looking for something a little lite formal, the elegant upstairs dining room is the way to go. It seats 67, and features an exposed brick wall with a gold-painted carving of the Bodhi Tree. A separate sky-lit private dining room is accented with lush greenery.

Just as Buddha achieved enlightenment sitting under the Bodhi Tree (a reoccurring motif in the restaurant), so too have guests been achieving Indian culinary bliss at Nirvana for years.  Owner Anil Amin opened the restaurant in 2008—the culmination of a lifelong career in hospitality including time spent at the iconic Windows on the World. He has now turned to industry friend and Michelin-starred Indian chef Peter Beck, as Executive Chef, to bring Nirvana to the next level.

Peter Beck’s illustrious career in the NYC restaurant scene began at Chola, where The New York Times awarded him two stars. In his next post as Executive Chef at Tamarind, he achieved another two stars from The Times, in addition to a Michelin Star, solidifying his reputation as one of the foremost Indian chefs in the city. He is known for his ability to showcase an immense array of the subcontinent’s diverse regional cuisine on a single menu, and for his ingenuity with vegetables and seafood. At Nirvana, he has crafted a comprehensive new menu featuring his take on the seafood of India’s coastal regions, the versatility of grilled vegetables, and the lean, spice-rich flavors of tandoori grilled meats. Most of the new dishes are lighter and healthier than typical Indian staples.

The main courses offer something for everyone, from tandoori grilled specialties like the Ajwain Shrimp, colossal prawns in ginger, garlic, and carom, and Chilean Sea Bass rubbed with cumin, coriander and pepper, to regional meat dishes including the Luckhnowi Palaki (marinated grilled chicken in spiced spinach, awadi masala and fenugreek) and Sukha Nariyal Mutton, a South Indian delicacy of baby goat meat on the bone in a coconut curry.

The extensive selection of vegetarian dishes is certainly on-trend, but Chef Beck has been working wonders with vegetables for years before they became the stars of contemporary cooking. Light choices that deliver layers of spice include the Srinagri Koftay (roasted beet and vegetable dumplings in tomato, fennel and ginger sauce), and Sai Bhaji, a blend of greens, spinach, sorrel, dill, with okra, eggplant and taro.

The cocktail offerings are being redesigned, and a new menu will be available soon but trust, you won’t miss it. The current drink menu is creative and satisfying. Along with the special spicy orange pickle sauce that starts every meal. It may sound start but once it hits your tongue, you’ll be glad you took a chance. For a special evening out or a simply drinks with friends, Nirvana will get the job done. 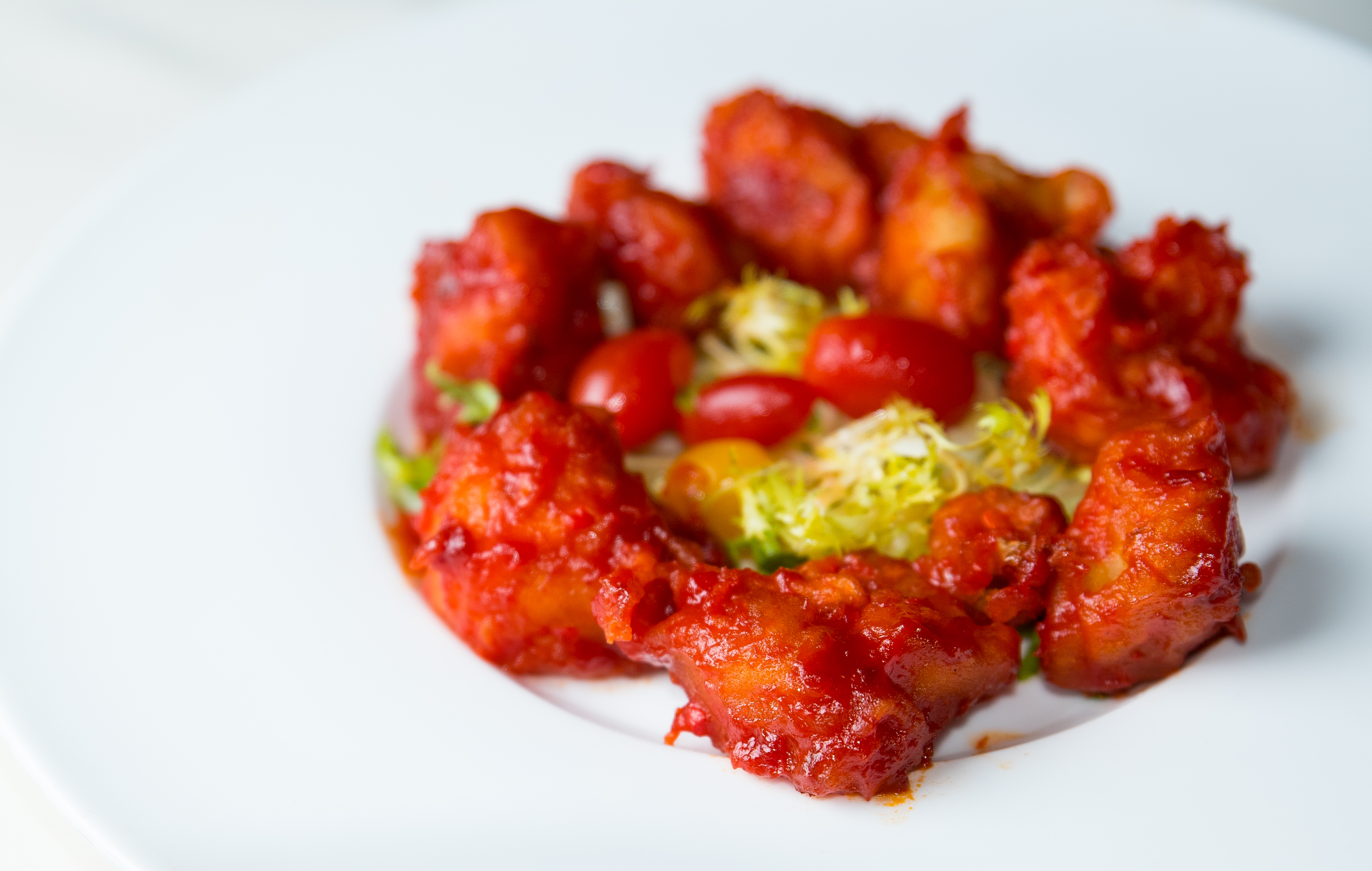 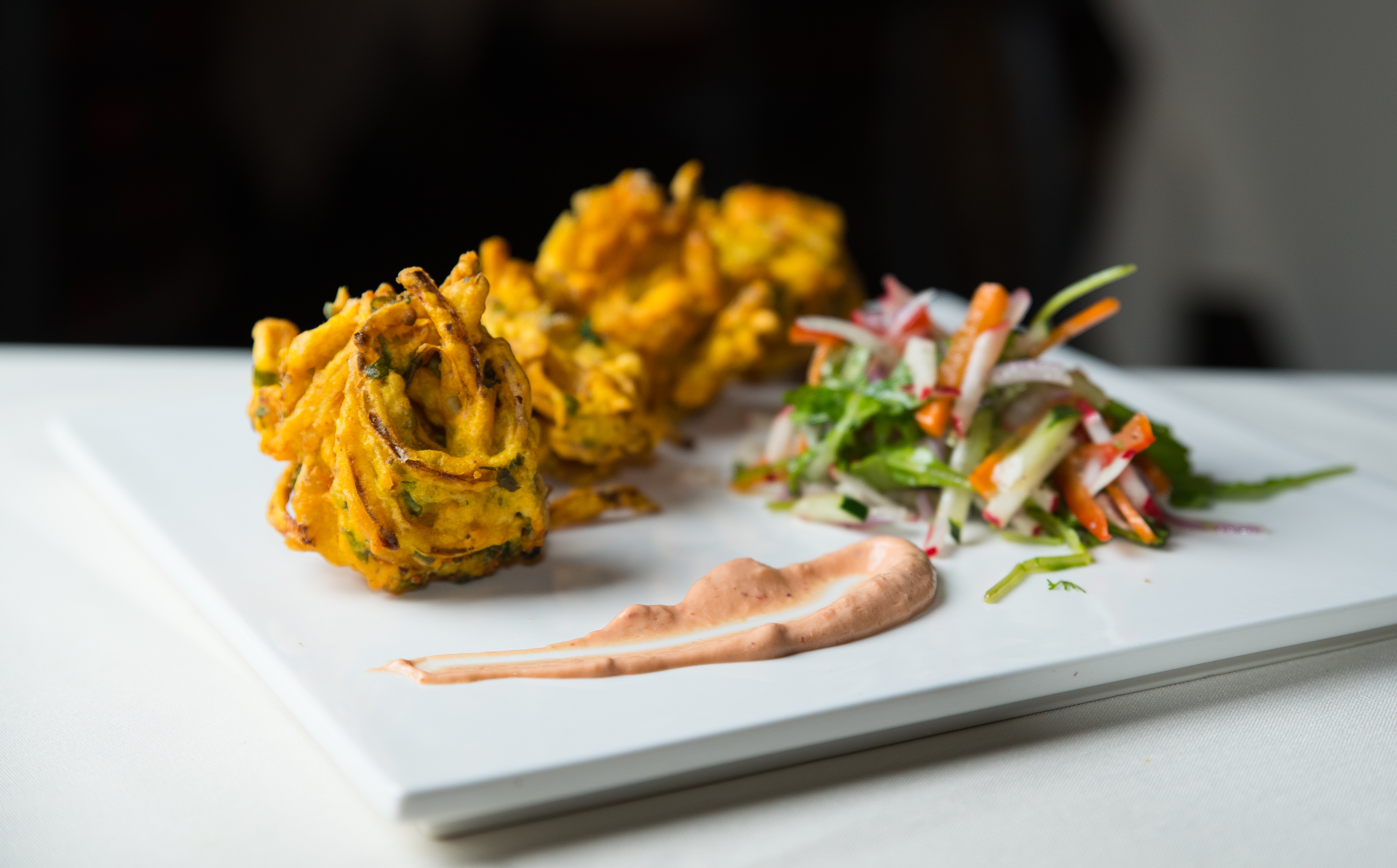 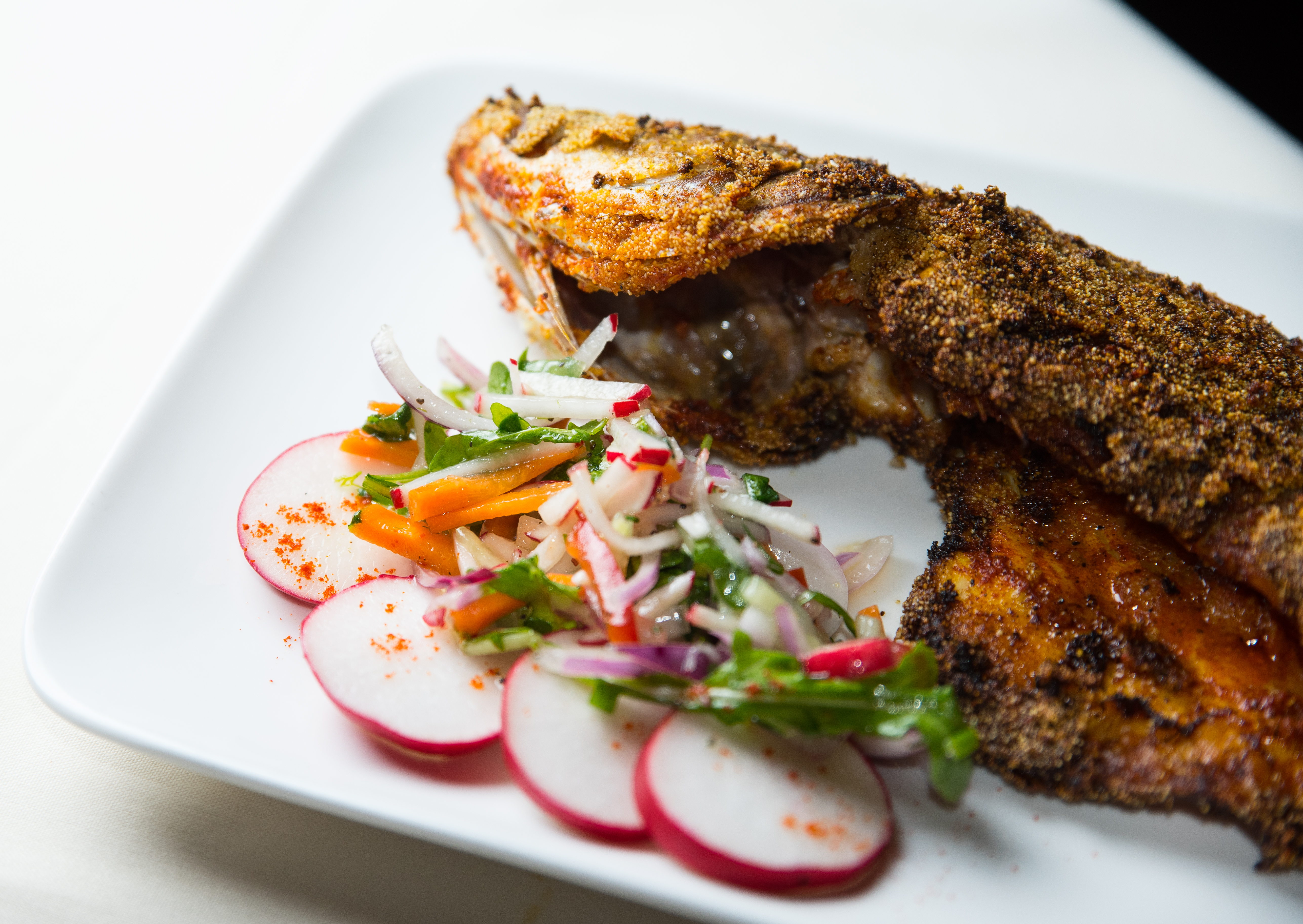 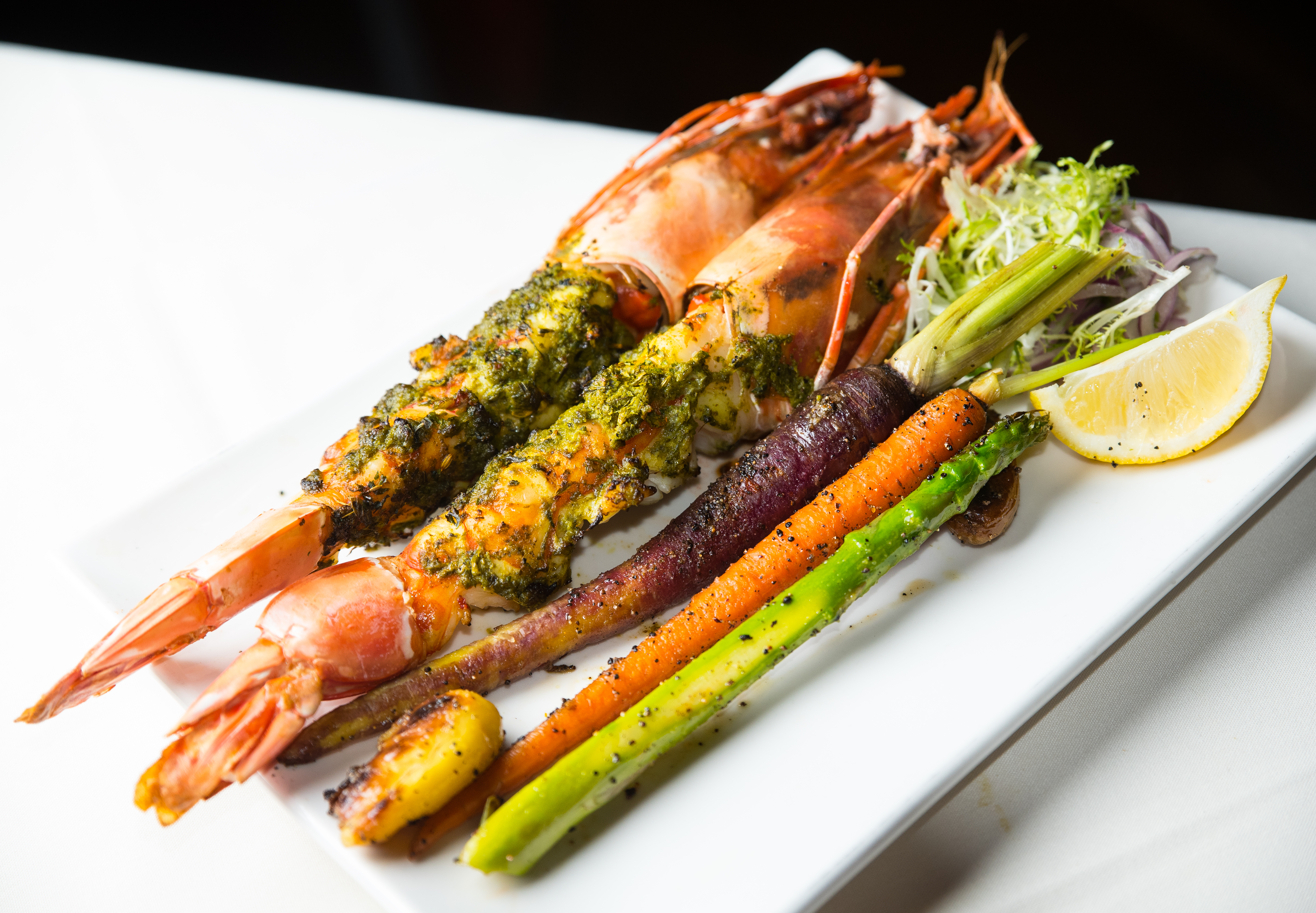