5 Game Apps That Can Be Classed as Retro 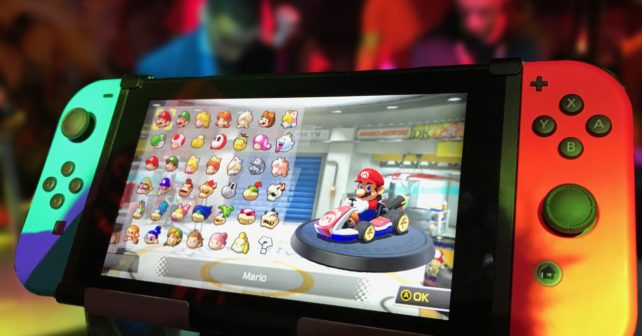 Old school is becoming the new cool. While technology is moving forward – cameras are shooting clearer images, music streaming sites are offering every possible genre you can think of, and games are becoming more complex and lifelike than ever – people are looking back. In 2017, lo-fi and film photography are making a comeback, vinyl album sales are up, and gaming apps are turning more and more retro.

Blame it on nostalgia or even a resistance to flashy, ultra-engineered, lightning fast tech, but there’s no denying that all things retro have a definite appeal today. When it comes to games, there is an extremely wide variety of modern options to choose from. Sometimes, however, you just really need something with a little more simplicity, familiarity, and nostalgia, like those games you grew up playing in arcades or now-obsolete consoles. Here are five gaming apps you can play for your retro gaming fix.

This no-frills classic is sure to delight fans of all ages. The 21st century mobile phone iterations of Pac-Man come in a variety of different options for the modern gamer. Some versions of the game emulate the arcade game classic faithfully from graphics and gameplay to music and scoreboards. Other apps, on the other hand, try and level up this classic game with 3d graphics and more advanced gameplay. The classic Pac-Man game is available on Android.

This iconic puzzle game is over three decades old, but its enduring popularity ensures that fans will probably continue it for years to come. Tetris was named by Electronic Gaming Monthly as the greatest game of all time, while IGN placed it on #2 of its 100 Greatest Games of All Time list, second only to Super Mario Bros. Thankfully, you don’t have to bust out your old Nintendo Gameboy or head to vintage arcades, since many variations of this addictive puzzle game are now available. While some apps offer classic gameplay and graphics, others are more adventurous spin-offs that add a different twist to the iconic game. The classic Tetris game is available on Android.

The classic strategy game has made its way to your smartphone, with some apps offering 2-player games with friends or online strangers, and others allowing players to go against artificial intelligence. Still other apps, like Chesh, offer a unique twist to the classic game with refreshing new game concepts without losing the retro, classic vibe of the game. Because the game is easy to learn and hard to master, playing chess ensures that you learn more about logic every time you play. The classic Chess game is available on Android

Foxy Bingo allows you to play your favorite bingo and slot games. An extension of the UK’s wildly popular bingo site, the app features traditional 90-ball and American 75-ball bingo games, with fun variations like Foxy Fives. The Foxy Bingo app also has special features like Bingo 1TG and 2TG, where players can still win cash prizes even without hitting the jackpot. Players can also enjoy Foxy Bingo’s additional selection of casino games, which include slots, scratch cards, and progressive jackpots. The Foxy Bingo app is available on Android.

Released just in time to usher in season 2 of the wildly popular Netflix original series, Stranger Things: The Game allows you to solve different puzzles and explore the town and outskirts of Hawkins. The game is loyal to its sci-fi horror base material, which combined nostalgic settings of the early 1980s with today’s storytelling technology. Fans of the show will enjoy the game’s 16-bit art style when playing the show’s main characters in over 30 quests. The Stranger Things game is available on Android and iTunes.