Female Icons at the Poker Table 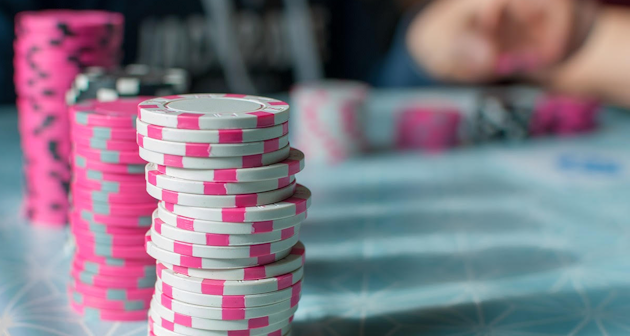 Celebrities and casino life go well together. For years, the James Bond franchise has helped popularize the extravagant allure of thinking games.

However, any women who’ve made it into the Bond casino scheme have usually been arm candy for 007 or a villain with a devious secret. There’s nothing wrong with either character, but given the increase in female celebrities who enjoy poker (and play it well), these roles may soon change.

Normally, celebrity poker play is associated with the likes of Tobey McGuire or Ben Affleck. Both are both renowned for their love of poker. McGuire is known to be a critical thinker who likes to push his opponents at the table, while Affleck enjoys playing at casinos, in competitions, as well as with friends in casual settings.

Along with other big names of the gaming industry, Affleck is an advocate for responsible gaming. His most recent event was a virtual poker game between fellow celebs like Sarah Silverman and Jennifer Tilly.

While Silverman had a great time bantering with friends, Tilly took to the game like a pro—and that’s because she is. Along with Laura Prepon, Daisy Fuentes, and Aisha Tyler, Jennifer Tilly is one of Hollywood’s top female icons who’s got male celebs tilting at the table.

Known as an icon of horror films following her role as Tiffany Valentine in the Child’s Play franchise, Tilly has a cult fan following. Not only has she entertained on the big screen as well as on Broadway, but she’s renowned for her poker skills too.

Taking a page out of Aisha Tyler’s book, Tilly taught herself to play poker through playing a video game after first moving to Hollywood. She began setting precedents for women and celebrities in poker not long after.

Today, Tilly continues to play poker often—and she has plenty of help in terms of practice. Her partner, Phil Laak, is an Irish-American poker player and commentator. In addition to being a formidable player, Laak also holds the world record for the longest single sitting poker session, which was played for 115 hours at the Bellagio in Las Vegas in 2010.

Aisha Tyler is a true celebrity maverick. Her range of roles is impressive, from her stint on Friends to her voice acting in Archer. She’s also a hero to many women because she’s an avid gamer who’s hosted Ubisoft press conferences for popular franchises like Halo: Reach and Gears of War 3.

She’s an actress, a gamer, and her lively banter makes her a popular guest on many talk shows. Did we mention she went to Dartmouth? And that she’s a poker player?

Though Tyler doesn’t make as many appearances in the headlines as fellow poker players Prepon and Tilly, her forays into both card games and video games have made her a strong role model for other women who may want to try out activities that tend to be male-dominated.

Much like Tyler, Laura Prepon is known for her diversity of acting roles. While most audiences in America would recognize the redhead from her time playing Donna on That 70s Show, her return to the spotlight in Orange Is the New Black in 2013 revolutionized her image.

She’s a health advocate who’s penned more than a few books about wellbeing and work-life. She also enjoys poker as a hobby that helps her to relax while engaging her mind. She’s known to frequent the Bicycle Casino in Los Angeles.

Daisy Fuentes is known as being the first Latina presenter on MTV in 1988. Since then, she’s gone on to host MTV across North and Latin American markets. She’s hosted on ABC, has represented brands like Revlon and M&M’s, and even created her own Wii game.

In short, Fuentes is an icon and a powerhouse businesswoman who sets a strong example for her fans. She’s also moonlighted as a poker player. Though she’s not a tournament-winner like Tilly or a hobby player like Prepon, Fuentes has made more than one appearance at the poker table.

Is @therealtsmadison ready to give her all to make