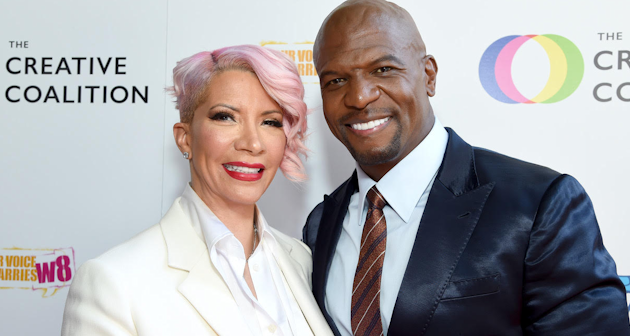 The Creative Coalition was in full force during Emmys week by hosting a star-studded awards luncheon at Ocean Prime in Beverly Hills. The annual fête recognized television actors who use their unique platforms to create positive change and impact in the world. The luncheon was hosted by comedian Jeffrey Ross with the help of other television notables serving as presenters. Other celebs in attendance included David Arquette, Keegan-Michael Key, Harry Hamlin and AnnaLynne McCord.

This year honorees included Patricia Arquette, Henry Winkler, Bethenny Frankel, Terry Crews, and more. Stephanie Beatriz presented an award to Terry Crews who gave a heartfelt speech upon being honored for his work with Polaris, an organization working to eradicate modern slavery and disrupt human trafficking. He thanked his wife, mother, and the women of the “Me Too” movement for saving his life. Bethenny Frankel received an award for her work with B Strong, Anthony Carrigan was honored for his work with the Children’s Alopecia Project, Patricia Arquette was honored for her work with GiveLove, and Emmy and Golden Globe-winner Henry Winkler was honored for his advocacy work on behalf of children with dyslexia.