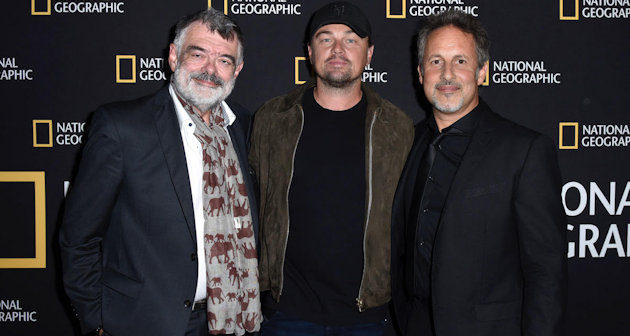 National Geographic celebrated the Los Angeles premiere of their newest and much anticipated Richard Ladkani documentary ‘Sea of Shadows’ at Neuehouse on Wednesday July 10th.

Ladkani, along with executive producer Leonardo DiCaprio, presented the film to an excited audience filled with filmmakers, celebrities, press, and environmental activists. Among those was famed primatologist and anthropologist Jane Goodall, who introduced the film and spoke of its importance; “Every species out there in this amazing tapestry of life has a role to play… a film like this will inspire many people to do their bit, whatever it is that they can do.”

‘Sea of Shadows’ follows the intense story of a group of brilliant scientists, high-tech activists, investigative journalists, and fearless undercover agents as they courageously rescue endangered marine life in the Sea of Cortez. Against many terrifying odds, these brave participants are faced with a dangerous battle against the Mexican drug cartels, and Chinese traffickers, whose destructive poaching methods are threatening the Cortez’s marine life. Much is at stake for everyone involved; not only as they try and save the last remaining whale species on Earth: the vaquitas, but also as they try and bring this vicious international crime syndicate to justice.