Brooklyn Decker Gains Her Acting Chops with the Netflix Hit, Grace and Frankie 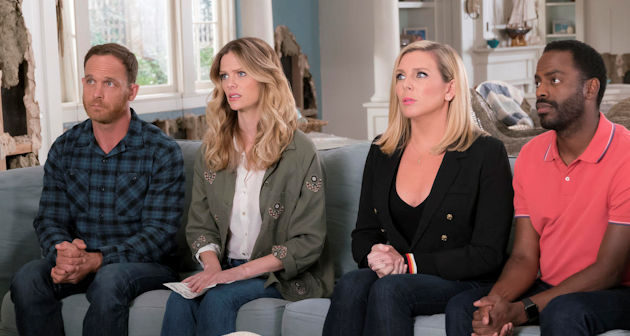 Few models have seamlessly made the transition to the silver screen and television as successfully as Brooklyn Decker. Brooklyn leapt from the cover of Sports Illustrated’s Swimsuit Issue (the Oscars of swimsuit modeling) onto the big screen in 2011’s hit rom-com, Just Go With It. Aside from her classic slow-mo emergence from the Hawaiian sea in a swimsuit, reminiscent of the classic film, 10 starring Bo Derek, she held her own opposite comedic heavyweights Adam Sandler and Jennifer Aniston. Hollywood took notice, subsequently casting her in 2012’s Battleship, alongside Alexander Skarsgard, Rihanna and Liam Neeson.

Next up was the ensemble comedy What to Expect When You’re Expecting (based on the mega-bestselling mom-to-be tome) alongside a bevy of A-list actresses, including: Jennifer Lopez, Cameron Diaz, Elizabeth Banks, Rebel Wilson and Anna Kendrick. Decker famously played the young and super fit “pregnant unicorn” who leaves actress Elizabeth Banks’ pregnant character scratching her head in envy and disbelief.

On social media, where most celebrities are retouching their images, Brooklyn thinks nothing of going makeup and photoshop-free at times, fearlessly repping the daily rigors of being a multitasking working mom, while adding tech entrepreneur to her growing resume with her recently-funded fashion startup, Finery.

Brooklyn Decker is currently riding a wave of success, playing the role of Mallory Hanson on the hit Netflix series, Grace and Frankie, now in its fourth season. Decker’s character Mallory is a young married mother of four children, navigating complicated relationships with her parents, played by Jane Fonda and Martin Sheen, and her sister, played by June Diane Raphael.

We caught up with this super babe turned superwoman for a chat about the success of Grace and Frankie, how Netflix is transforming the entertainment industry and the evolution of great characters on television.

Interview has been edited for clarity and length.

What have you learned about great comedy through playing the role of Mallory on Grace and Frankie?

“I’ve learned from my colleagues on the show, especially June Diane Raphael who plays my sister. She’s one of the most talented comedic actresses I’ve ever worked with. What I’ve learned from her and from the rest of the cast is the more you’re playing a scene, the funnier it becomes. All of us, when we’re shooting, we play with each other… that sounds very in appropriate by the way (laughs)…”

Don’t worry. My mind was not in the gutter…

“Ha! We’re like, ‘Can I push you here? Or maybe can you grab my hair here?’ We do get physical, and we find a way to play with each other to bring physicality to the scene. What happens from that is it becomes funnier, and it feels more real. I really learned that from June, who, again is one of the funniest people in my life. And the wealth of talent on our show is just incredible. I’ve really learned that when it comes to comedy, if you’re having a fun time, the audience is going to have a fun time.”

“They approach their work entirely differently from one another. Lily is just in the scene. She doesn’t care about the technical aspect of a scene. She just wants to be present and then receive. As far as her character Frankie goes, she really embodies that. Jane is so technically perfect. She knows where every camera is, she knows when to take a pause, she knows how to angle her face. They do very few takes with Jane, because everything is pretty perfect. Whereas Lily gets on set and likes to play. You get something different from Lily on every take, because she’s constantly playing, constantly moving. They approach acting so differently; it’s similar to the difference in their characters. It’s fascinating to see the two of them work together. They just rib each other all day long. You can see that there’s so much love and history there.”

Will Dolly Parton make a guest appearance on Grace and Frankie?

“Abso-freakin-lutely! We beg for it every episode. They’re so secretive about it, that I don’t know if it is in the works, or if it will ever happen. I know that a lot of fans of Jane and Lily have wanted to see Dolly on the show because of 9 to 5. In the first two seasons they wanted to make sure that they fleshed out the show before they brought in what would be the tornado that is Dolly Parton. Now that we are in Season Four, they are playing it super close to the vest.”

How is it having Martin Sheen, who is also a fantastic actor, playing your father?

“He is such a wonderful person. One of my favorite shows of all time, before doing Grace and Frankie, was The West Wing. Everyone says you should never meet your heroes because you’ll be disappointed. I was nervous to work with him, because I really had him on this pedestal. And he is such a kind, present, lovely person. My son was born when I was shooting the show, and the next week he brought me a rosary with the date that my son was born. He’s so paternal and wonderful, and to be able to play his daughter feels really natural. I have such respect and affection for him.”

Could you see you and your husband (tennis star, Andy Roddick) being parents to four kids like your character Mallory?

“Honestly, that’s my dream! I want a ton of children. Both me and my brother wish that we had more brothers and sisters. Whereas my husband comes from a family with three boys, and he likes the idea of two. So far, we’re good with two and we’ll see where that takes us.”

You came on the scene as a model. Back when you were on the cover of the Sports Illustrated Swimsuit Issue, was the end goal an acting career?

“When I moved to New York and first started modeling, I moved thinking that I was just going to pay for school. That was the goal. When I started modeling I was eighteen, and all of my friends were in their freshman year at college. I really missed that. The reason I started studying acting was because I really missed school. My manager said, “Why don’t you get an acting coach and study acting? It will at least give you something to read and study when you’re on the road.” I liked that idea, so I started studying with a coach in New York and we started reading a bunch of Tennessee Williams. We approached it in a weird way, kind of academically. It was less about performance and more about learning and studying. I fell in love with studying acting. When I started auditioning, I didn’t think anything would come from it.

What made you come to that conclusion?

“Growing up in Matthew, North Carolina, becoming an actor and becoming a model wasn’t a realistic career path. My brother’s a firefighter, my mom’s a retired nurse. It’s not something that you do where I’m from. We weren’t in the arts. In that respect, it was something that happened by chance. Once I started studying and auditioning, I fell in love with it and then of course I really wanted it. By 2010, I got three movies in one year. The second I booked my third movie, I said to my manager, I’m quitting modeling. I’m done.”

One of those movies was Just Go With It with Adam Sandler and Jennifer Aniston?

“Just Go With It, Battleship and What to Expect When You’re Expecting. Once I booked my third movie, I had the courage to decide to stop modeling and focus on acting, and that was seven years ago.”

What are your thoughts on the movement that Netflix has become? The fact that so many talented writers and actors are flocking to this platform, and everybody is coming on board and trying to be a part of it?

“What’s so exciting about it is that, ultimately, the talent wins out. It’s the first time that we’ve really had that in Hollywood. Because there is such a wealth of opportunity now, you are really getting to see talent. The cool thing about Netflix is they can just make really good content, and with that, they can hire really good talent and they don’t have to be stars. Netflix doesn’t have to share their numbers, and they don’t share their numbers. They’re not about making sales at the box office, so they can just focus on making great content. You’re seeing the result of that. With the way the business is changing, talent wins out, and that’s exciting.”

On another note, I want to congratulate you on getting funding for your tech startup, Finery! Can you share a bit about what the Finery app does?

“When you think about what iTunes did for music – before iTunes you had tons of CDs in your car or in your house in a CD rack – iTunes took it all completely digital. We are doing that for your wardrobe. Everything is automated these days. Your banking is on your phone, your music is on your phone, your correspondence, everything. The one thing that’s still antiquated is your interaction with your wardrobe. Women will spend two hours a week figuring out what to wear. It’s not because we necessarily love clothes, or because we are fashion loving women, it’s because we need to get dressed. We felt there had to be a better way, and women can spend those two hours doing something more productive. We call ourselves your Wardrobe Operating System.”

Season 4 of Grace and Frankie is now streaming on Netflix. Learn more about Finery. 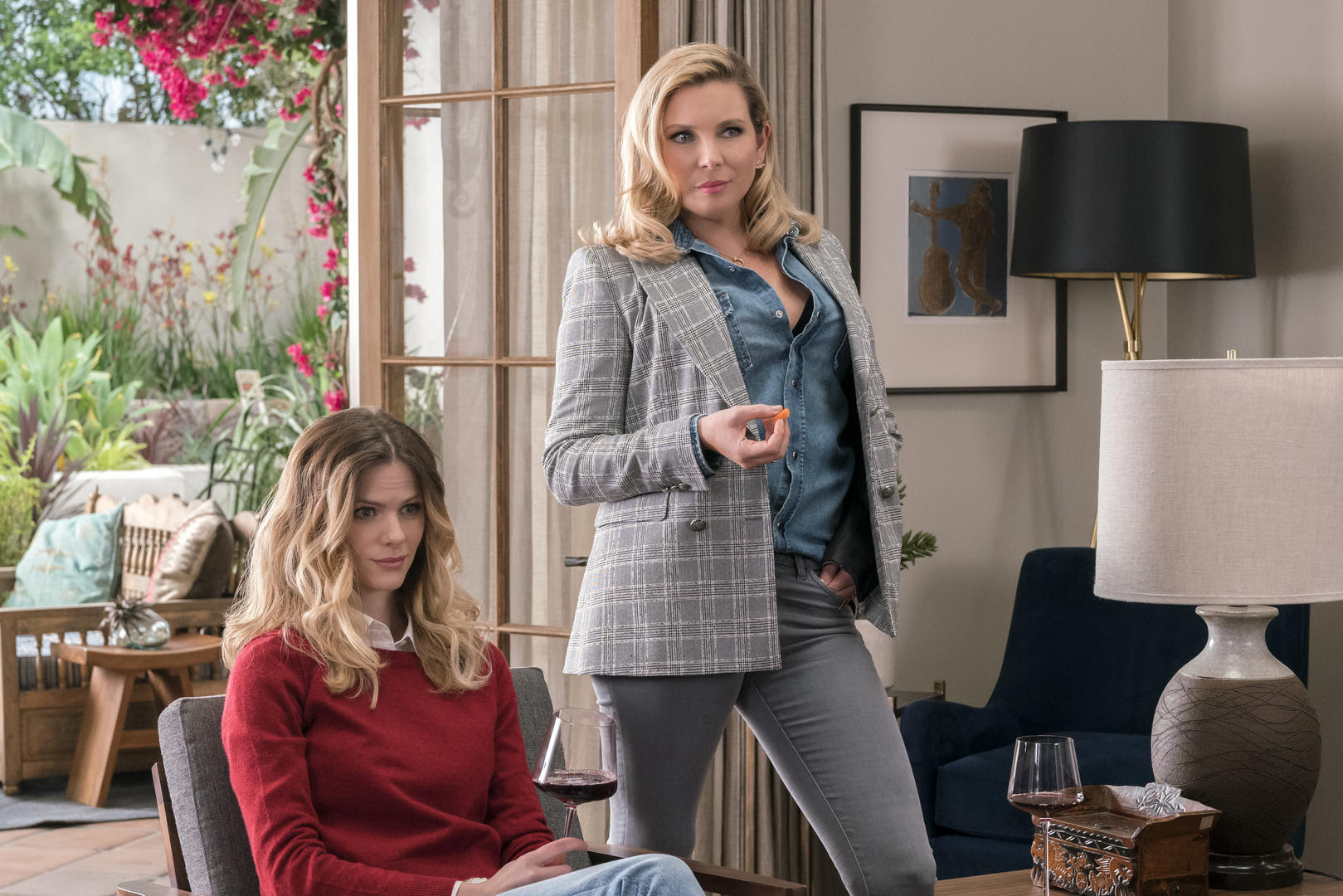 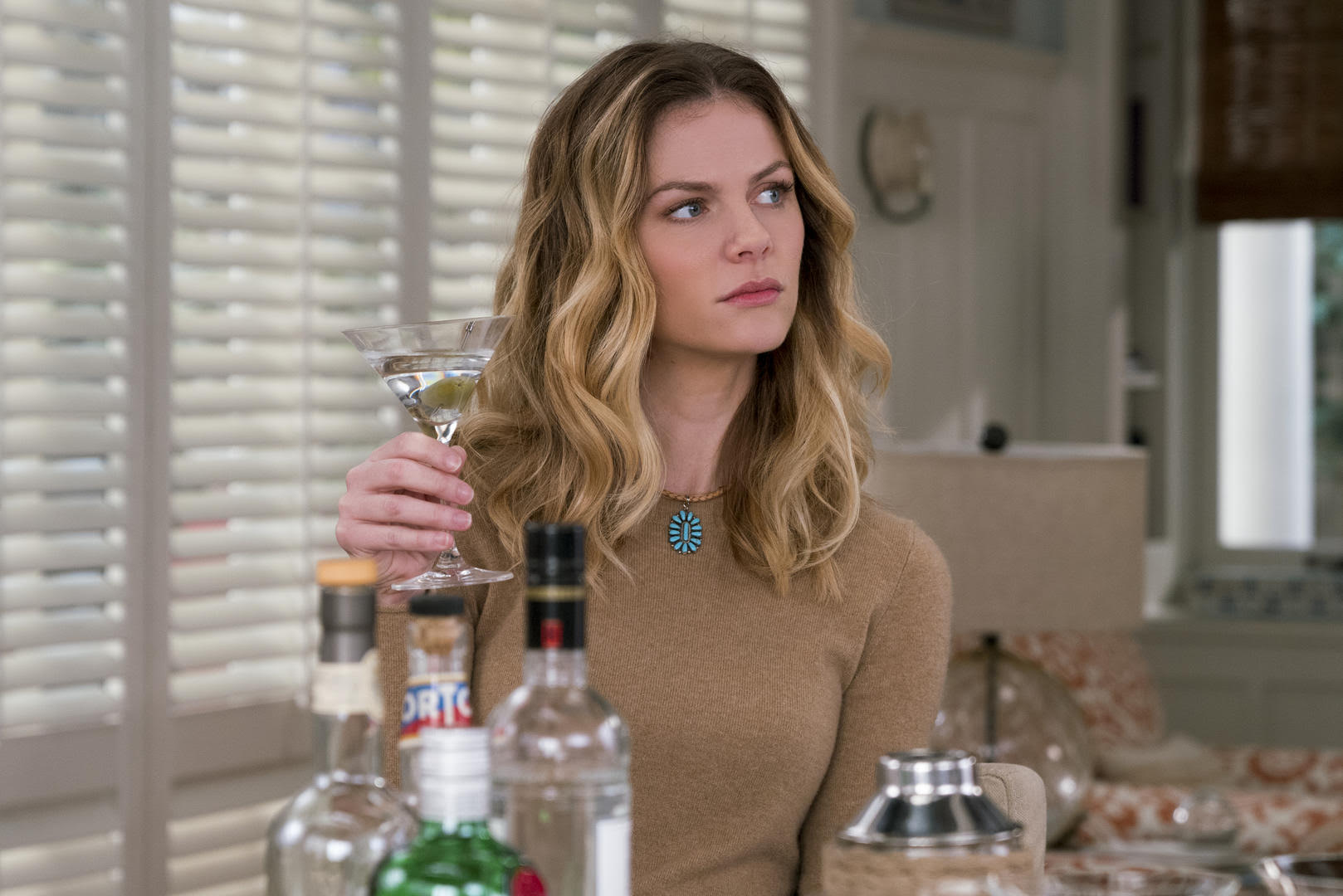